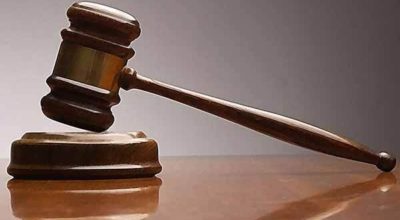 A CATHOLIC University chief security officer, Brighton Tangwanda, has been arrested for stealing a mattress at Bulawayo Catholic campus and giving it to his girlfriend Morleen Mufandaedza, Southern Eye Weekender has learnt.

Ncube said the incident occurred between August and November this year and Tangwanda was arrested Thursday.

“The value of the goods stolen is not yet known, but the incident occurred between August and November. Tangwanda took advantage of his position as the chief security guard and stole the mattress at Catholic University,” the provincial police spokesperson said.

“He stole a single mattress and gave it to his girlfriend, Mufandaedza.

“So far, the mattress has been recovered, but investigations are still ongoing to see if there are other things which had been stolen during that period.”
Ncube urged institutions to employ professionally trained security people as guards.

“My plea is that, organisations and institutions should employ security guards with a track record so as to avoid employing thieves,” he said.