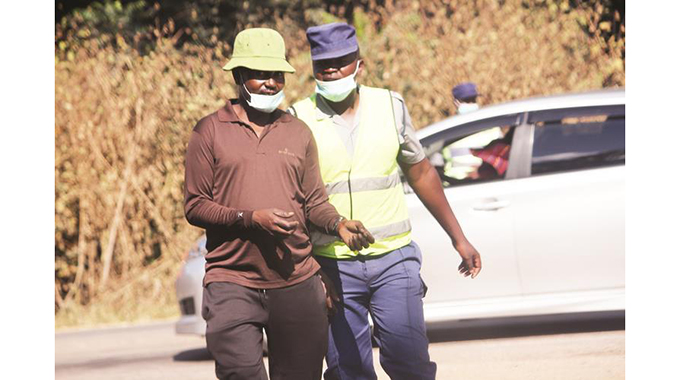 A MAN wanted by police over a bus accident that killed two people 10 years ago, is working for another bus company plying the Shamva-Harare route and admits to using a fake Class One drivers licence which he bought on the street .

Thomas Muzonzini reportedly fled to South Africa in 2012 after allegedly causing the death of two people in a bus accident along New Chitungwiza Road.

Six years later, he reportedly resurfaced with a fake licence from South showing he was now a Class One driver.

Using the fake document, Muzonzini was employed by Lee Jay bus company, which is contracted to ZUPCO. He had previously worked for Zupco, but was fired for failing to produce a valid driver’s licence at a police checkpoint.

Investigations by The Herald revealed that the licence disc and the defensive driving certificate he is using are fake.

A check with the Central Vehicle Registry (CVR) revealed that Muzonzini is not a holder of a valid Zimbabwe driver’s licence, not even a motorcycle licence.

A formal response by CVR Registrar Mr George Makoni reads: “Reference is made to your formal enquiry regarding the status of a driving document held by the above cited person. According to our records, Mr Thomas Muzonzini, is not a holder of a valid driver’s licence. The driving document that he holds is fake. It was not issued by this office and should, therefore, be dismissed with the contempt that it deserves.”

Mr Makoni said the licence number on the document belongs to someone else.

“Furthermore, we wish to put it on record that we did issue driver’s licence 42581AH. However, the driver’s licence with that number was instead issued to Mr Tawanda Tsikwaurere ID number 42-249669 C 42 as a duplicate or replacement driver’s licence. His original had been issued in September 2013 for classes 2-4-5.”

The Herald tracked down and caught up with Muzonzini, who was driving a bus inscribed “EX-COACHES” along the Harare-Shamva route. Prior to servicing the Shamva route, Muzonzini plied the Harare-Murehwa route.

On Wednesday, The Herald saw him collecting passengers at Simon Vengai Muzenda bus rank in Harare and followed the bus along Emmerson Dambudzo Mnangagwa Road and managed to talk to him at the Shamva Tollgate.

He admitted to driving a bus without a Class One licence although he claimed to hold a Class Two licence, which he said was at home although the CVR says it has never issued him any licence.

Upon being shown the copy of a fake licence he was using, Muzonzini admitted it was his. He confessed to buying it from the street. “Yes, it is mine. Ndakachitenga kuvakomana. Ndakabhadhara mari shoma. I intended to use it in South Africa but my children had to buy this for me before I went back to SA.

“Yes I admit that I bought the licence but I no longer have it. It was taken by the police at a checkpoint in Murewa. I am only left with a class two licence which I left at home,” Muzonzini said. A check with the Murewa police revealed that there are no documents whether original or fake which were taken from Muzonzini.