Hanging in limbo in qurantine centres

“I am in quarantine and it’s a mess.” Many Zimbabweans woke up to this distressful text from humanitarian worker Munyaradzi Madziwa who had been quarantined at Mosi Oa Tunya Secondary School in Victoria Falls. 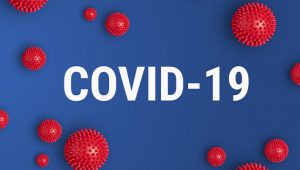 Zimbabwe’s quarantine centres have become the country’s greatest COVID-19 threat, with returnees making up the bulk of new cases.

On Thursday, 62 new cases were recorded and the the majority were returnees.

There has been complaints over delays, with some inmates having been holed up for over 40 days.

This flies in the face of impassioned pledge by Health minister Obadiah Moyo that they would expeditiously empty the facilities.

“Something is very wrong here! The number of returnees testing positive is worrying. Are all these people positive on arrival or getting COVID-19 in these quarantine centres? Our government is letting its people down. This has to be investigated,” quipped medical doctor Edgar Munatsi.

But that is not the only issue. The condition within these centres and lack of proper guidelines has drawn public ire and concern, with harrowing tales from the returnees who are in quarantine.

The measure to place all returnees under mandatory quarantine was meant to contain the spread of COVID-19 but there has not beenany significant resources and energy directed towards the centres.

Among a host of concerns is the delayed testing (owing to inadequate test kits) and releasing of results. Many returnees have been stuck for more than the stipulated 14 to 21 days and do not even know their status or those around them who share the same space.

The centres are overcrowded and social distancing becomes difficult especially when queuing for meals.

This has resulted in many returnees escaping from the centres before getting their results .

To date over 120 have escaped and authorities are seized with tracing these but efforts are hitting brick wall because many gave false addresses and contacts.

“People like us, indefinitely stuck, under poor conditions, are more at risk of COVID-19 than before entering the camps,” Madziwa said in one of his candid posts.

In these facilities, according to Madziwa, protective masks, sanitising, social distancing are all not being adhered to with returnees being forced to share even buckets during bath time.

Madziwa who was finally released this week after more than a month chronicled his experiences which proffered a rare glimpse into the infamous COVID-19 centres.

“It is not an exaggeration to say I was afraid when I realised the absolutely shambolic manner in which these facilities are being run,” wrote Marries, who was still in quarantine at the time.

Narrating his ordeal through personal journals that he willingly shared, Madziwa said he arrived in the country via Victoria Falls and was immediately placed into quarantine.

When he arrived at Mosi Secondary Schools, which is one of the many schools that have been turned into quarantine centres, he was asked to find a space in one of the classrooms.

“People were sleeping on desks, and some on the floor, each with a single blanket. How could I be housed with 11 people whose origin and status I was not aware of? I opted to sleep in my car,”
Madziwa said, adding that many inmates had been in quarantine for 26 days and were yet to get their results. Most had no face masks, and there was no sanitiser in sight.

The ablution facilities were filthy and the food deplorable mostly consisting of soya chunks blandly boiled and served cold.

“I was transferred to Bulawayo a few days later. We were placed in crowded buses for the 6-hour journey,” he said.

On his 16th day in quarantine Madziwa woke up to find a young man in pain, with what appeared to be shingles blisters on one side of his face.

“Calls to the different health offices yielded no results,” he recalled sadly.

Another sticky issue is the fact that escapees are recaptured and thrust back into the centres without testing or screening.

How does he feel about being released?

“I was released. Some were not. Our results were published as statistics on Monday, yet today (Thursday) some of my friends are still inside. One is on day 43, and he too has a name,” he said.

Forty-year-old Robert (not real name), like Madziwa, was placed in quarantine at Prince Edward School when he arrived from South Africa.

Speaking to NewsDay, he said he nearly went insane.

“I work in South Africa and I was afraid to lose my job if the quarantine didn’t end soon enough,” he said.

While the sleeping quarters were better Robert complained about the food served.

“On some days we were served strange looking sausages that had gone bad and when we raised concerns we were largely ignored,” he said.

There were about 88 males at the centre and they were placed in groups.

“In our group we were seven males of different ages and we used one dormitory. We cleaned the showers and toilets that we used but without hand gloves and proper cleaning utensils,” he lamented.

Like Madziwa, he was unsure why he was still in quarantine when he had tested negative.
“When we asked they said they wanted to conduct more tests but the test kits have run out,” he said.

The returnees spend the whole day lounging around or sleeping.

“We were all frustrated and stressed by all this. They would tell us that we were not prisoners but we were not even allowed to watch televisions which are available in the facility,” he said.

Robert said all they wanted the government officials to do was to test them and let them go if they are not infected.

Robert is among the over 270 returnees who were released a few weeks ago. He is back in South Africa and eager to forget the dark episode.

Initially the authorities were adamant that there was a crisis unfolding but as more positive cases were reported every day it has became clear that there is need for swift intervention.
Two weeks ago the government said they would test the returnees on day one and day eight and finally day 21.

“If they test negative on day 8 we release them and they continue self quarantine at home,” said Health minister Moyo.

In a panicky move, he authorised release of close to 300 returnees in quarantine centres in Harare metropolitan.

Addressing the media, Moyo said they had realised that the returnees were being ill treated and they would ensure they were accorded their rights.

It has also been resolved that staff at the centres should stay there and not go back home as they may transfer infections to the greater public.

On those absconding the government said they would curb this by forcibly
taking identification/travel documents from returnees and give back upon release.

Zimbabwe had a few cases below 50 but when returnees started coming back the figure has risen to over 400.

The post Hanging in limbo in qurantine centres appeared first on NewsDay Zimbabwe.