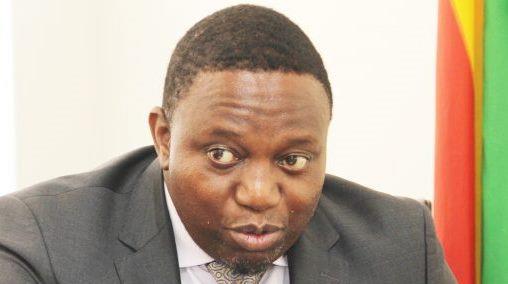 Zimbabwe will secure its latest fibre optic connection to the outside world tomorrow, with the official launch of the Harare-Chivhu-Masvingo-Beitbridge Internet link completing the connection of the country to all the major borders.

The $98 million project, to be officially launched by President Emmerson Mnangagwa tomorrow in Beitbridge, caps the latest laying of a fibre optic network across Zimbabwe that should allow the southern Africa country to connect a bigger percentage of its population to the Internet, boosting economic growth, the ICT minister Kazembe Kazembe, pictured, told journalists just after officially opening an ongoing high-level International

Telecommunications Union (ITU) conference in Victoria Falls yesterday.
Zimbabwean fixed mobile converged telecom service provider, TelOne, began work over two years ago on the latest stage of a bigger national ring network — a 500km cable running from the north to the south of the country from the capital, Harare to Beitbridge.

“What the president will be commissioning is the link between Harare and Beitbridge, it’s a link between Harare and South Africa if you like. It’s very critical in the sense that it makes us an ICT hub of the southern part of Africa. And in fact, just the deployment of that link has seen a reduction in broadband costs by up to 40 percent, from what I get from TelOne. So, it is indeed a milestone in ensuring that everyone is connected. That link is long overdue,” Kazembe said.

The Beitbridge cable is scheduled to be up and running tomorrow. He said the project will deliver broadband Internet to Zimbabweans’ doorstep at high speed and cheaper costs. When the project is fully operational, the cable will provide download speeds thousands times faster than Zimbabwe’s current Internet and be capable of handling millions of phone calls simultaneously.
Up until recently, Zimbabwe has linked to the Internet through satellite hook-ups that are excruciatingly slow and expensive.

“The prices have to come down. They have to because if the costs are reduced, definitely we expect that at the end of the day, the end user would also benefit,” Kazembe said.
“No more slow connectivity. Now you have the fibre optic. It’s the fastest medium of transfer of data,” he said, adding he was gunning to have the whole country on fibre optic.

“Indeed, it will reach to all the people across the country, not just the people in the south, but it’s for everybody because it then completes the link, that ring. No one will be left behind,” he said.
Kazembe said fibre optic cables were already laid in most parts of Zimbabwe with the Beitbridge-Bulawayo-Victoria Falls link already up, the Gweru-Bulawayo-Plumtree link completed as well as the Harare-Mutare-Forbes Border Post link that is connected to undersea cables operated by Seacom, they run along the east African coastline linking Mozambique, South Africa, Tanzania, Uganda and Kenya with Europe and Asia.

The 14 000km-long cable sunk into the ocean bed is one of five major undersea cables that have had a dramatic impact in accelerating Africa’s access to international bandwidth in the past five years.
“We are well connected now to all the borders. We are now connected to the undersea cable in the Indian ocean,” he said.

Zimbabwe has been moving from wholly being reliant on highly expensive satellite bandwidth for Internet connections, and hopes cheaper and fast Internet can boost the country’s economic growth.
Kazembe said work had just been completed on the latest phase of the project, and the final stage of construction will connect Makuti and Chirundu — a town at the border with Zimbabwe.
He said “preliminary works have been done and that is being spearheaded by TelOne.”

Kazembe said the cables would reduce the digital divide in Zimbabwe between rural and urban areas.
The Universal Services Fund, which receives revenues from a tax on telephone operators’ revenues, will finance the reach of telecom facilities to so-called marginalised places.

The government also hopes by increasing access to market information, the fibre optic project will facilitate trade by allowing farmers in rural communities to remain informed on prices in international commodities markets.