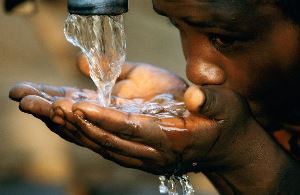 “From the weekly trackers I have been receiving, it seems our performance is taking a dip and we need to interrogate on why this is happening at a time when we are expected to have fully embraced the RRI,” Chisango said.

He said that to remedy the transport problems, council was expecting the delivery of 25 service vehicles.

The acting town clerk said the major challenge of water bursts was being alleviated through assistance from the African Development Bank.

He hoped after 100 days, losses through water leaks would be reduced.

Chisango said another water problem was that of stuck meters and water theft which needed robust strategies.

He also said the city was moving towards automating all their products to improve on service delivery.

“For any organisation to fully develop, processes and procedures should be fully automated.

“The idea is to reduce as much as possible human interaction. We really need to improve on our performance because, yes, we are collecting refuse though not satisfactorily and we are repairing roads. The government is demanding more and the residents are also demanding better services,” he said.

According to a report made by Dutch firm Vitens Evides International (VEI), old pipes are one of the reasons why the city continues to have high amounts of non-revenue
water.

Harare has been losing 64 percent of its water due to old infrastructure as most pipes have not been replaced for the last 60 years.