Harare may run out of water

Source: Harare may run out of water | Daily News 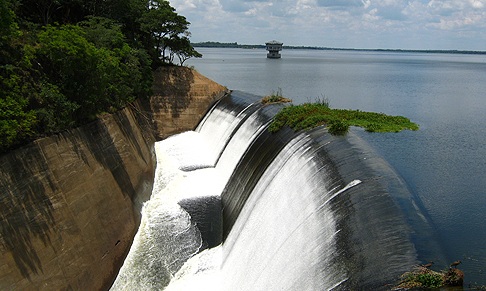 HARARE – Zimbabwe’s capital, Harare, could run out of water by 2045 as the city’s main water reservoir faces a serious siltation threat, said a professor of environmental studies at the University of Zimbabwe Christopher Magadza.

He said the siltation in the capital should not be treated lightly as future generations run the risk of not having a source of water.

This comes as Harare is facing one of its worst droughts that has seen water levels at its main source, Lake Chivero, dropping below capacity.

“With Harare’s ever-growing population and the increase in riverbank cultivation, our estimate is that by 2045 Lake Chivero will be so shallow it will not be able to store water for more than six months.

“There are very good laws that protect the environment but because these laws were passed during the colonial era, we do not give them the same importance because we do not know what prompted the laws to be passed,” Magadza said.

He said stream bank and wetland cultivation as well as haphazardly building on protected land were destroying the city’s sources of water every day.

Magadza emphasised that Zimbabwe’s politicians do not understand development beyond building superstructures.

“Preserving our wetlands is one of the biggest developments that our leaders can do. It will safeguard our water for future generations, however, for now we have to find a way of best preserving the few that have not yet been invaded,” he said.

According to Harare Water acting director Mabhena Moyo, the lake’s storage capacity has reduced by 10 metres due to siltation caused by urban agriculture.

“By February the dam is usually overflowing at the wall and we do not experience these problems but this year we have had to adjust the periscopes at the abstraction tower that draw water from the lake because it is now very low.

“Because the increase in siltation due to agricultural activities in Harare, the water levels have also reduced by 10 metres from 28 metres deep to 18 metres,” Moyo said.

Cosmo founder Dorothy Wakeling said her organisation has taken some property developers to the courts for destroying wetlands.

In Mabelreign, Harare, there have no less than three cases at the higher courts, where developers invaded wetlands.

“Some of Harare’s wetlands are Ramsar sites which are internationally recognised wetlands. Not only do they provide water to Chivero but they also help to keep the fauna and flora of the area alive.

“Some sites like the Monavale Vlei have over 200 plant species, some of which are not found anywhere in world,” Wakeling said.