HARARE City Council has approached Finance minister Mthuli Ncube seeking a $180 million rescue package or the local authority will collapse under the strain of coronavirus-induced lockdown. 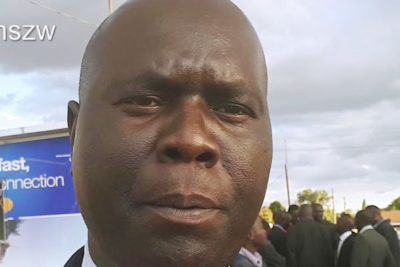 Mayor Hebert Gomba said because of the lockdown, council could lose three months worth of revenue, effectively grinding to a halt.

“We expect to collect $60 million every month. However, because of the lockdown people are not paying rates. This can result in us losing revenue of about three months. We have since written to government seeking a bailout package of $180 million which will allow us to pay salaries and buy water treatment chemicals,” Gomba said.

Going into the lockdown, the Harare City Council supplementary budget had been approved by government allowing it to raise its income from $30 million to $90 million monthly.

Already saddled with a $250 million debt, council would collapse if a rescue package is not forthcoming, according to the mayor.

“We had managed to reduce our debt from $500 million to just $250 million and were implementing a plan to clear it but because of the lockdown we face a serious challenge. Revenue streams have dried and we won’t be able to operate,” he said.

Council is yet to receive a response from Treasury which is also grappling with responding to the demands of business, drought and COVID-19, among other demands.