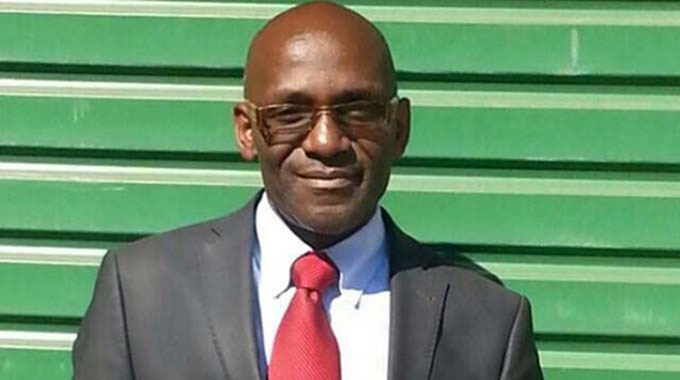 Harare town clerk Hosiah Chisango was arrested yesterday in connection with the continued unravelling of alleged illegal land deals that have rocked the city, while director of works Zvenyika Chawatama was suspended without pay as allegations of potential disciplinary offences are investigated.

Chisango was arrested yesterday afternoon in Gweru where he was attending a town clerks’ forum and late yesterday was detained at Gweru Central Police station, just two days after he sent the formal letter suspending Chawatama.

“Yes, l can confirm that Chisango has been arrested in connection with land scams, but finer details will be availed later,” he said.

However, it is understood that Chisango is being accused, along with suspended director of housing and community services Addmore Nhekairo, who is already on remand, of being implicated in the illegal creation and allocation of stands on an open space in Kuwadzana 3 in July last year without going through the legal process of changing land use.

Bluffhope Investments, through a letter to managing director, a Mrs Dumba, was allegedly allocated 14 of these stands and asked to pay by Chisango $1,771 million to the city, plus an extra $100 000 to GlenRoy (Private) Limited as a fee to justify the unprocedural allocation plus another $100 000 by Nhekairo into a CBZ account held by someone called Kennedy Teerec.

Chisango’s arrest follows that of other top council officials and a number of councillors, including former Harare mayor Herbert Gomba.

President Mnangagwa has declared zero tolerance to corruption and indicated that both “big and small fish” will be arrested without fear or favour, and directed authorities to stop the “catch and release syndrome”.

Two months ago, 14 other Harare municipal officials, including two directors, were suspended for allegedly corrupt land deals, which have prejudiced council of millions of US dollars.

The letter sent to Chawatama on Tuesday suspending him without pay or benefits was, ironically, signed by Chisango.

The letter details the legal authority used to order the suspension.

Chawatama was suspended for 14 working days, during which period the council is hoping to have completed a probe into the allegations against him.

The suspension also seeks to ensure  that he would not interfere with the probe.

After investigations, disciplinary hearings may be conducted against Chawatama if the alleged acts of misconduct are found to be true.

The allegations are generally of disciplinary offences, rather than criminal offences.

Some of the allegations are that he allegedly instructed a land surveyor to undertake a survey in respect of stands No. 11119-11648, which are described as being in Mufakose Township of Lot 2 of Subdivision B of Subdivision A of Willowvale, without verifying ownership of the land.

He is also alleged to have delayed the use of Zinara funds, sent to Harare to build and maintain roads, leading to loss of value to council.

An audit report alleges he was abusing council fuel.

There is a general allegation that he is slow in implementation of projects and objectives set for his department.

Finally, he is alleged to have been sending “unwarranted and in some instance, highly confidential WhatsApp messages on formal WhatsApp business platforms, which are meant to cause unnecessary alarm and despondency”.

He was ordered to surrender all council property in his possession, including vehicles, during the period of his suspension.

Two months ago, Harare City also came down hard on 14 staff, including human resources director and former housing director Matthew Marara, to allow investigations into corruption allegations that could have prejudiced council of US$1,1 million in a dubious land deal in Kuwadzana.

Marara and his colleagues have already appeared for remand before the Harare Magistrates courts.

A number of councillors are in court facing charges of corruption after parcelling out land, sometimes working with city workers.

All councillors in Harare were elected on the MDC-A platform.