Harare urged to up its game 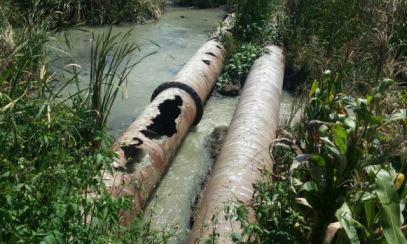 Source: Harare urged to up its game | Daily News

HARARE – Harare City Council (HCC) has been urged to invest more in the rehabilitation of the water infrastructure, replacement of galvanised pipes with poly pipes, and in securing the water reservoirs in suburbs.

The recommendation from Harare Residents Trust (HRT) comes as an aftermath of a research on the water and sanitation situation in high density suburbs of Harare Metropolitan Province.

In their report, HRT revealed that sources of water that residents are currently using in Harare include tap water, bush pumps, boreholes, unprotected and shallow wells.

Even though water rationing was less severe, HRT received reports from Highfield Canaan that in the area, a total of 16 houses have gone for about five months without water.

“Most residents use boreholes installed by the city council, church organisations and humanitarian organisations as an alternative to municipal tap water.

“However, the boreholes are proving to be few as some residents in Highfield Cherima are getting water from shallow wells around the suburbs, which pose serious health risks,” observed HRT.

The research further revealed that while the water being received from the City of Harare looks clean, at times the water comes out with a brownish colour that can be hazardous to health.

In a bid to control and avoid new cholera infections that have rocked the country with Harare recording the most cases, HRT came up with solutions which the HCC can adopt.

“This old infrastructure is allowing dirt to penetrate into the water pipes which is contaminating drinking water,” stressed HRT.

The Trust pointed out that the City of Harare being a big institution should never run out of resources and medication to service its valued customers.

HRT feels the city fathers need to ensure the availability of fuel, gloves, gumboots so that they can attend to sewer blockages as soon as possible, thus reducing the chances of spread of cholera.

As observed by the Trust, the number of sewage pipe burst reports has increased since the beginning of September and the response rate has been slow, taking more than the 24 hours stipulated in the City of Harare’s Service Delivery Charter.