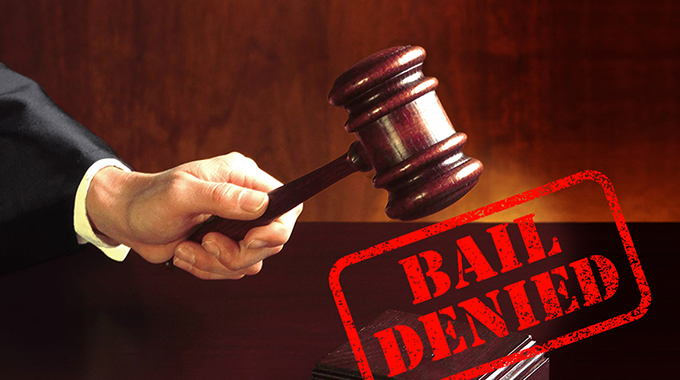 Nyore Madzianike
Senior Court Reporter
THE director of Epidemiology and Disease Control in the Ministry of Health and Child Care Portia Manangazira was yesterday denied bail, as she was likely to interfere with investigations and witnesses, including her parents, who were part of the 28 family members she hired as community health workers to undertake the Covid-19 awareness programme across the country.

Manangazira is facing four counts of criminal abuse of duty as a public officer after she allegedly paid facilitation fees to undeserving ministry staff, flouting tender rules when she bought US$280 529 of goods and services and illegally diverted diesel coupons for 3 290 litres to private vehicles.

In her bail ruling, Deputy Chief Magistrate Mrs Bianca Makwande noted that Manangazira was still employed at the Ministry of Health and Child Care where some of the witnesses are working.

She remanded Manangazira in custody to March 8. Mr Lancelot Mutsokoti and Mr Ephraim Zinyandu, who appeared for the State, opposed granting of bail to Manangazira saying she was a flight risk and was likely to interfere with witnesses.

They also said she was likely to interfere with investigations.

Investigating officer in the matter, Detective Sergeant Richard Machinya testified against Manangazira when opposing bail saying: “Investigations revealed that she recruited 28 members of her family to train as community health workers.

“If released on bail, she is likely to interfere with witnesses and investigations since some of them are executives who work with her. We have a list of workers from the ministry who were given facilitation fees.”

Det Sgt Machinya told the court that Manangazira was likely to flee from the court’s jurisdiction, adding that police were waiting for more evidence from an audit report which would strengthen their case.

Manangazira, through her lawyer Mr Harrison Nkomo, told the court that she was a proper candidate for bail whose application was supposed to be weighed against her own conduct.

Africa CDC through a non-governmental organisation — African Field Epidemiology Network — availed US$796 675 for purchase of services to be used during the training of 800 community health workers.

It is alleged that during the period extending from July 16, 2020 and January 21, Manangazira authorised the procurement of goods and services worth US$280 529 without going to tender.