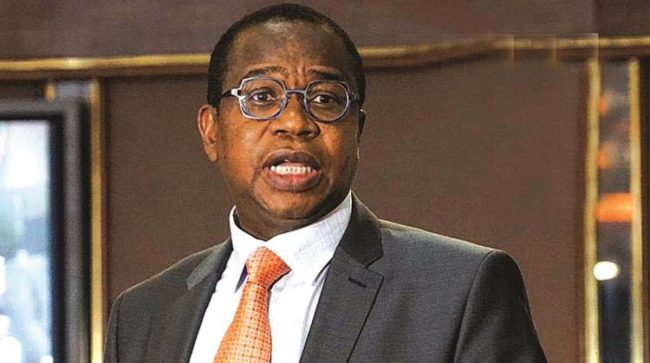 FINANCE minister Mthuli Ncube says Zimbabwe is losing US$500 million annually as a result of patients seeking treatment outside the country.

Ncube’s disclosure comes at a time government this week expelled 77 doctors for embarking on industrial action, citing poor remuneration and working conditions, as well as the rising cost of living. He was speaking at a luncheon with editors in Harare on Wednesday.

Doctors have been on strike since September, effectively plunging the health sector, already crippled by an acute drug and equipment shortage, into a fresh crisis.

Most public hospitals are running without essential drugs and, in some cases, even basic painkiller, while prices at private hospitals have shot up beyond the reach of most people. The dire situation has forced patients who have the means, to seek treatment outside the country.Ncube said in some cases the referrals were not justified.

“Next time you are going to get sick, a doctor is going to refer you to India to get treatment and the doctor gets her fee for referring you there. But the same doctor who is going to treat you in Mumbai is not allowed to practise here,” Ncube said.

“So there is an issue around the regulation of our medical sector and the accreditation of doctors. You know the doctors who train outside the country and they come here and cannot practise easily. But if you go to a country where they are practising, they can treat you.

These are anomalies, so we have noticed that we are losing more than US$500 million annually with referrals outside. The whole industry around referrals is losing money.”

Ncube said the government, struggling to mobilise foreign currency to import basic commodities such as fuel and fertiliser, last week availed US$2 million for the importation of medicine.

“Last week, we spent another US$2 million on medicine. Every other week there is something very helpful from NatPharm,” he said.

The Treasury chief said government was investing towards enhancing the capacity of the drug manufacturing sector, which is also reeling from a plethora of challenges.

“Government is desirous to support the new manufacturers in the pharmaceuticals because we think the industry may become a hub for drug manufacturing,” Ncube said.

“But that is an industrial strategy, but in terms of drugs we are continuing to support sourcing drugs. We will be lucky if we get support from the UAE (United Arab Emirates) and others where we are sourcing for equipment. But we have been refurbishing hospitals, so we are supporting that sector quite a lot,” the Treasury chief said.