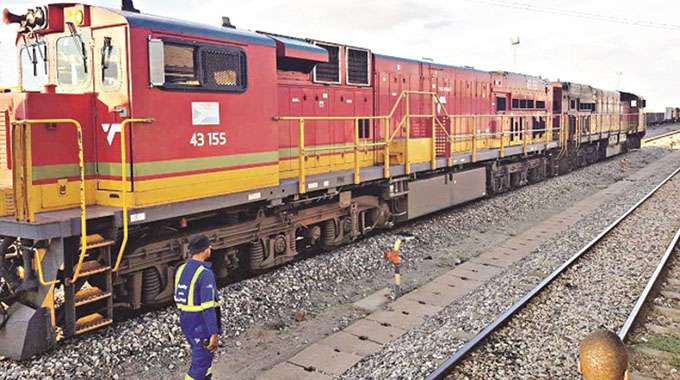 Transport and Infrastructural Development Minister Joe Biggie Matiza has instructed the NRZ board, which is chaired by Advocate Martin Dinha to move with speed in restructuring the parastatal and bringing in “fresh blood” to turnaround the fortunes of the entity.

It is against this background that the restructuring of senior management at NRZ has seen the four relieved of their duties.

Close sources have revealed that former senior executives are reportedly demanding US$80 000 each in addition to the new Prado Land Cruiser V8 for Eng Mukwada and three Toyota Fortuner vehicles for the other three ex-directors, which the parastatal  bought sometime this year.

“This is a very clear case because in terms of the Labour Act, Amendment Number 5 of 2015, it clearly stipulates the exit package and this is not discriminatory to any employee,” he said.

“So, if there are certain employees who are demanding more than what is stipulated by the Amended Act, even though they say that law just provide minimum standard for negotiations, I think somehow, it will not be fair especially for those who were exited using the same provision of the Labour Act. The law is there, so why can’t they use that as the basis for negotiating the exit packages,” he said.

Some of the NRZ workers who spoke on condition of anonymity said it was not fair to have the exiting managers pampered with such a package.

“As shopfloor workers within NRZ, we are saying these guys should not even leave with anything. They destroyed the NRZ and some of them have worked for over two decades, but haven’t done anything worth their stay at NRZ,” fumed one of the workers.

“We hear that they want to be given hefty exit packages of US$80 000 each or an equivalent of that amount in local currency. This is in addition to top of the range vehicles they bought themselves sometime this year.”

Advocate Dinha and Eng Mukwada could not be reached for comment.

However, NRZ public relations manager Mr Nyasha Maravanyika, said: “This is a policy issue to be determined by Government through the Ministry of Transport and Infrastructural Development as well as the Office of the President and Cabinet.

“I am sure the Government will definitely not do things that will cripple NRZ because the shareholder’s thrust is to revive NRZ. We believe that it is in the hands of the ministry and the board. Remember there are laws, regulations and procedures to follow,” he said.

“We believe the shareholder will do what would make NRZ tick and also if these people have worked to satisfaction, definitely Government will be obliged to ensure they are given exit packages that are in tandem with their contracts.”

The workers contend that it’s not fair to pay hefty packages to ex-managers at a time NRZ was struggling. They queried why the sacked top management had bought themselves the said vehicles at the time they were about to leave the organisation and not at the time when they started their tenure.

It is understood that the former NRZ general manager’s new vehicle has already been delivered while the three Toyota Fortuner units for the other ex-directors were yet to arrive. The workers accused senior management of misappropriating funds meant to oil operations by prioritising top executive welfare.

“Most of our of customers are complaining that we have got over 200 wagons grounded at NRZ stations dotted across the country and yet over US$300 000 that was sourced to repair the locomotives was diverted to buying the cars and its actually being selfish,” said another worker.  In July, Zimasco, one of NRZ major customers reported that the rail entity only managed to move 45 percent of their 89 000 chrome exports that was destined for the Far East through Beira by sea.