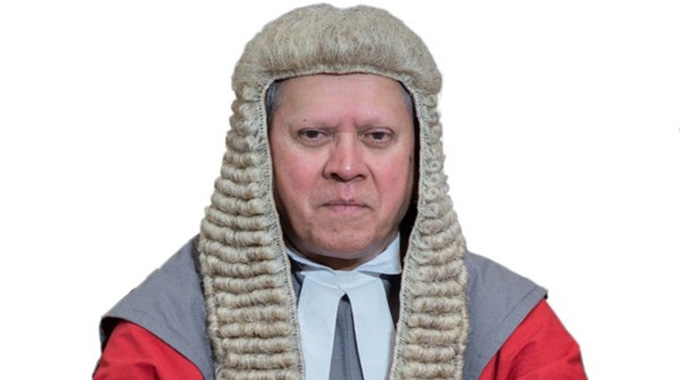 Daniel Nemukuyu Investigations and Special Reports Editor
THE High Court erred in various respects when it cleared businessman Wicknell Chivayo of fraud in a case he allegedly swindled Government of $5,6 million and that the State has excellent prospects of success on appeal, the Supreme Court ruled this week.

Justice Patel ruled that all the four grounds of appeal raised by the State were meritorious.

“To conclude, I am satisfied that all the grounds of appeal in this matter, as amended, carry good prospects of success as the intended appeal before this court. The application for leave to appeal accordingly succeeds . . .”

Justice Patel found that the charge sheet and State outline in Chivayo’s case disclosed an offence and that the High Court had erred in ruling otherwise. “In the premises, I take the view that the learned judge a quo misdirected himself in finding that the facts alleged in the charge sheet and State outline do not disclose an offence.

“Consequently, he erred by upholding the exception to the charges of fraud levelled against the respondents, quashing those charges and acquitting the respondents , on a view of the facts that could not reasonably be entertained . . .

“On a proper view of those facts, he could not reasonably have inferred the innocence of the respondents,” he said.

“I am of the firm view that the learned judge a quo misdirected himself at law and in making the foregoing findings and consequently holding that the State could not resort to the institution of criminal proceedings in circumstances where the facts alleged, if proven, clearly demonstrated the commission of fraud by the respondents. I am satisfied that the second ground of appeal has excellent prospects of success on appeal,” ruled Justice Patel.

The Supreme Court also held that Justice Tagu had interfered with unterminated proceedings in the magistrate’s court, which is another strong ground of appeal.

“In short, the learned judge a quo erred at law in interfering with unterminated criminal proceedings, in the absence of exceptional circumstances warranting such intervention.

“It follows that the fourth and final ground of appeal also holds sufficient prospects of success on appeal,” the Supreme Court ruled.

Chivhayo is being represented by Advocates Lewis Uriri and Slyvester Hashiti instructed by Mr Wilson Manase of Manase and Partners.

Mr Chivayo was charged with three counts of fraud, while the other two counts of breaching Exchange Control Regulations suffered a stillbirth, shortly before the trial commenced.