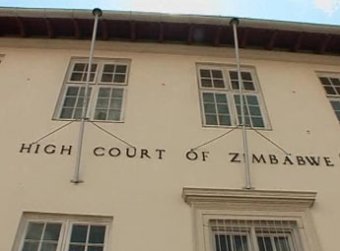 HARARE –  The High Court has reserved ruling in an application by pro-democracy activist Mfundo Mlilo, who is seeking an order to suspend the imposition of the two percent electronic transactions tax introduced by Finance minister Mthuli Ncube last year.

Ncube introduced the tax in his Transitional Stabilisation Programme triggering a wave of price hikes as the market responded to the new measures.

After hearing the matter on Tuesday, High Court judge Happias Zhou reserved ruling in the matter.

In his court papers, Mlilo, who was represented by Tendai Biti, a member of the Zimbabwe Lawyers for Human Rights, argued that government’s decision was made without the necessary backing of the law, in particular the amendment of the income tax or the regulation of the tax in a Statutory Instrument.

According to the new tax regime, the two cents per dollar levy does not apply on transactions which are $10 or less.

Further arguing the case, Biti said that Ncube’s imposition of the tax was illegal and unconstitutional.

He also said Ncube had usurped Parliament’s powers by pretending to amend a law and promulgating a fresh law, which is too wide and in contravention of the Constitution.

The court also heard although Ncube had on Friday October 12, 2018 belatedly enacted the Finance (Rate and Incidence of Intermediated Monetary Transfer Tax) Regulations Statutory Instrument (SI205/2018), in which he sought to legalise and actualise his announcement done on October 1, 2018, the statutory instrument still remained unconstitutional and a nullity.

According to court papers, a minister cannot, in terms of the country’s laws, amend an Act of Parliament.

“What the respondent (Ncube) seeks to do in the regulations, is to pretend that he is Parliament and therefore to amend an Act of Parliament. This, he cannot do. Parliament is the only legitimate law making body in Zimbabwe in terms of Section 134 of the Constitution such power cannot be delegated to any other person,” Mlilo argued.

Mlilo is seeking the court to suspend the decision taken by Ncube, to review the intermediate money transfer tax which was initially pegged at five cents per transaction.

He also wants the immediate suspension of the Finance (Rate and Incidence of Intermediated Money Transfer Tax) Regulations published in SI205/2018.