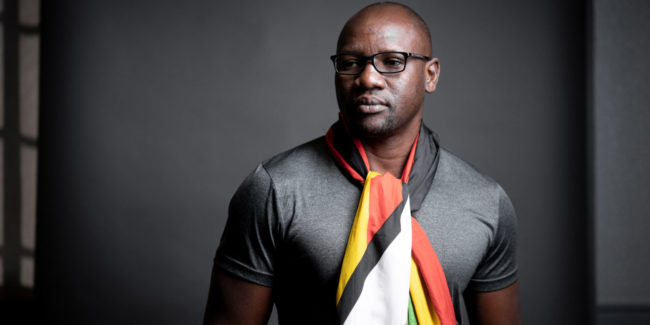 High Court judge Justice Edith Mushore has rescinded a default judgment entered against #ThisFlag campaign leader and clergyman, Evan Mawarire, who had lost his $65 000 damages claim against the Zimbabwe Republic Police (ZRP), on a technicality in June this year.

On June 8, 2020, Justice Mushore ruled against the clergyman following his failure to appear in court when the matter was set for hearing.

Two months down the line, Mawarire again approached the High Court seeking to rekindle the matter and Justice Mushore ruled in his favour and reinstated his claim.

“Whereupon, after reading documents filed of records, and hearing counsel, it is ordered that the default judgment entered against the applicant (Evan Mawarire) on June 8, 2020 be and is hereby rescinded. The registrar shall reset the matter down for trial on the continuous roll,” the judge ruled.

In the court papers, Mawarire, who was represented by the Zimbabwe Lawyers for Human Rights (ZLHR), accused the law enforcement agents of illegally arresting and detaining him on three different occasions.

“From a period extending from February 1, 2017 to November 2017, third, fourth and fifth defendants (Makedenge, Runganga and Phiri) being attested members of the Zimbabwe Republic Police and in the employ of the first defendant (Home Affairs) with no justas causa (just cause) unlawfully and wrongfully arrested and detained the plaintiff on three different occasions,” Mawarire said in his declaration.

“All his arrests ensured that he was detained in police cells and correctional facilities, including Harare Central Police Station, Harare Remand Prison and Chikurubi Maximum Security Prison. This incarceration not only hampered his freedom of movement, but also put him in danger of being attacked by actual criminals in prison who threatened him.”
The clergyman added that his arrests and detentions by the police were unlawful and, as such, not actionable at law, adding that his arrest and detention on February 1, 2017 was declared unlawful by the Magistrates’ Court and the High Court.

“At all material times, the arrests were motivated by malice on the part of the defendants as there was no reasonable suspicion that an offence had been committed. Plaintiff was arrested for exercising his rights in terms of the Constitution,” he said.