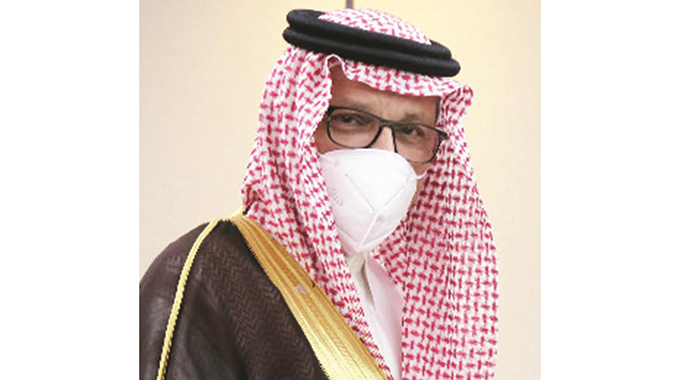 THE Kingdom of Saudi Arabia has taken note of Zimbabwe’s re-engagement and investment charm offensive and dispatched a high-powered delegation led by its Minister of State for African Countries Affairs, Mr Ahmed Kattan, to scout for opportunities in mining and agriculture.

Foreign Affairs and International Trade Minister Dr Sibusiso Moyo yesterday held talks with the Saudi delegation and briefed it on abundant investment opportunities in the country.

With a Gross Domestic Product (GDP) of about US$700 billion, Saudi Arabia is one of the world’s top 20 economies and its interest in doing business in Zimbabwe is a sign that big capital is taking a keen interest in the awakening local economy which is being primed towards upper middle income earning status by 2030.

President Mnangagwa has personally been at the forefront of that investment drive aimed at unlocking the full potential of the economy for the benefit of the citizenry through his “Zimbabwe is open for business” mantra.

Speaking to The Herald after his meeting with Minister Moyo, Mr Kattan said the Middle East country was keen on scaling up diplomatic relations with Zimbabwe beginning by setting up a local embassy.

Apart from immediate interest in mining and agriculture, Minister Kattan said his country was willing to help Zimbabwe in its quest to remove the yoke of the illegal sanctions imposed on the country by some Western countries.

“I see potential for our two countries to expand trade and investment relations in pursuit of mutual prosperity especially in the agriculture and mining sectors.

“It is an opportunity to enhance our relations. The most important

thing is that we will have bilateral diplomatic relations very soon. We are ready to sign the agreement.

“Our policy is guided by our firm belief of non-interference in the internal affairs of other countries, advancing multilateral relations and maintaining peace and security in the region and the world,” he said.

Minister Moyo said there was urgent need for the two countries to establish diplomatic relations and declared Zimbabwe’s readiness to do so.

“I believe that Zimbabwe and the Kingdom of Saud Arabia have a lot of common interest and can cooperate at the multilateral forum to safeguard each other’s interest,” said Dr Moyo.

Saudi Arabia had an economic blueprint to achieve set targets by 2030, a time frame Dr Moyo said dovetailed with President Mnangagwa’s vision to also push the country towards the attainment of an upper middle income society by that time.

“The Government of Zimbabwe in the Second Republic has made it clear that it wants to be friends with everyone and enemy to no one.

“We look forward to the Saudi Africa International Summit and the African Arab Summit. This should drive us to a common position in seeing things the same way,” Dr Moyo said.

Dr Moyo said Zimbabwe was looking at tapping into the oil industry the Arabs are renowned for globally.

The delegation is expected meet President Mnangagwa today to discuss more areas of cooperation between the countries.