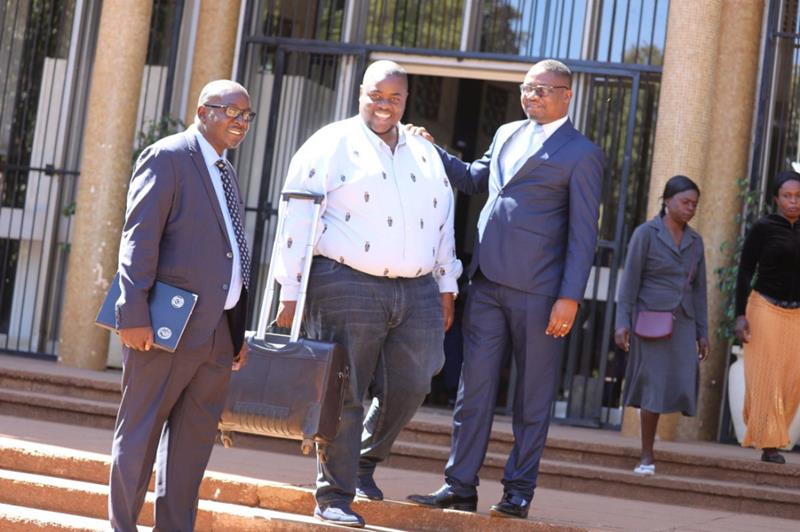 This also comes as two High Court judges Owen Tagu and Tawanda Chitapi have virtually trashed the State’s case against the Intratrek Zimbabwe (Intratrek) founder, with the former emphasising that the “charges were contrived, a witch-hunt, smacked of malice and had no merit”.

“The applicant (Hodzi) shall pay the costs of this application… by not later than 4:00pm on the 31st of May 2019,” Patel said yesterday.

“In the event that the applicant fails to comply… the respondents (Intratrek and Chivayo) be hereby given leave to proceed against the applicant by way of proceedings for contempt of court,” he said.

While the matter in which the PG’s office has been seeking to annul the rotund businessman’s March discharge on all fraud charges has been postponed to next week – after the prosecution’s papers were condemned as shambolic again – it is believed the country’s top attorney faces a $100 000 bill from Lewis Uriri and Slyvester Hashiti.

Earlier, the latter had told the Daily News that the case “was postponed to next week, in order to give the State an opportunity to amend its defective papers”.

And the dramatic turn of events come as Chivayo, and Intratrek were cleared of all corruption charges by Tagu, and his High Court counterpart Chitapi, who also took the Zimbabwe Power Company (ZPC) to task over its handling of the case.

In his recent ruling, Tagu concurred with Chitapi that the accused “had no case to answer and the dispute was virtually contractual, and that the habit of turning commercial disputes into criminal cases by state enterprises had the potential of scaring away investors”.

In their separate findings, the judges emphasised the sanctity of constitutional rights and protection, and therefore, the current and culture “set a dangerous precedent if not nipped in the bud”.

Tagu’s ruling also came as Chitapi awarded Chivayo and Intratrek a potential $25 million in damages – against the Zesa subsidiary – in another landmark determination last year.

The state, Chitapi said, could not prefer money laundering charges against the flamboyant businessman when the ZPC had legitimately given the $173 million engineering, procurement and construction tender to the after a three-envelope bidding or evaluation system, and willfully paid the contractor.

Crucially, the power firm could not complain of Chivayo’s failure to finish the 100 megawatt job after “frustrating” Intratrek from fulfilling its obligations under the Gwanda project and in actions exemplifying utmost bad faith, and possibly showing an external influence.