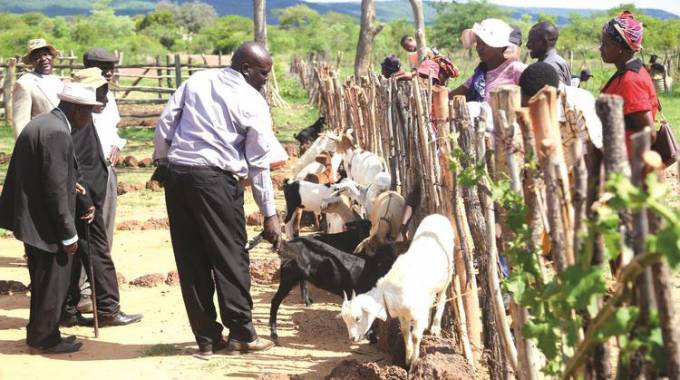 First Lady Auxillia Mnangagwa has implored Zimbabweans to support homeless children so as to develop, restore and empower them in society.

She said this at a Sport Fun Day she organised for the homeless last week where 45 homeless children at Chambuta National Rehabilitation Centre in Chikombedzi, Masvingo, and hundreds from around Chiredzi District got an early festive season cheer.

In a speech read on her behalf by the Minister of State for Masvingo Provincial Affairs, Ezra Chadzamira, the First Lady said it was everyone’s duty to remember the plight of homeless children.

“We need to join hands as a nation in restoring and empowering homeless children for greater self-sufficiency. We need to continue educating our communities about the effects of homelessness on our society.”

The First Lady also said there was need for the Chiredzi community in particular, and the nation in general, to offer a helping hand to homeless children at places like Chambuta.

This could help them, she added, to realise their dreams like other normal children. She agonised over challenges such as violence, physical abuse as well as drug abuse faced by homeless children.

Scores of homeless children from Harare were taken to Chambuta where they got an opportunity to reshape their lives by going to school and learning other life-changing skills.

The event, which was punctuated by various sporting activities, was also open to the community.

Winners were awarded prizes ranging from uniforms and sporting equipment.

The Sport Fun Day was organised in conjunction with the Ministry of Youth, Sport, Arts and Recreation with the aim of allowing homeless children to develop and showcase their sporting talent.

The First Lady also said corporates and other donor organisations were supposed to continue supporting institutions such as Chambuta.

She also thanked Government for providing agricultural inputs under the Presidential Inputs Scheme.

Amai Mnangagwa donated small grain seed to thousands of people who graced the Sport Fun Day, which she said was ideal for dry areas such as Chikombedzi.

Rice and cooking oil, among other essentials, were also donated.