How nun is transforming farm school through sport 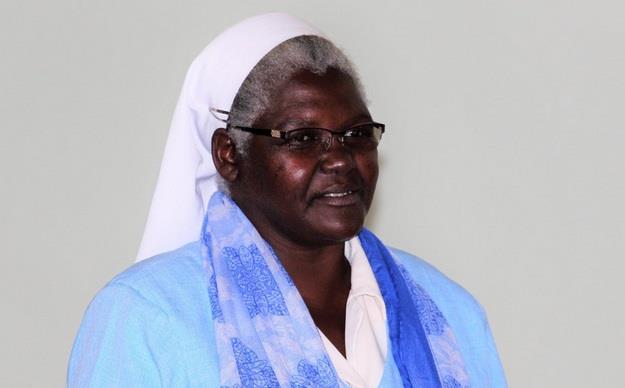 HARARE – In rural Zvimba lies St Bernard Primary School, located in the farming community of Makwiro which is now becoming a sporting hub.

Of all the people, a Catholic nun is responsible for all this transformation with St Bernard now slowly emerging into a force not to be reckoned with.

“I’m a teacher by profession, before coming into this office, I have been teaching and it has always been my wish…I have also travelled and seen that some children are not gifted in the academic area but they can still prosper and earn a living through sport,” Gowo told the Daily News on Sunday.

“That’s why I was very keen to introduce sports from the onset of the project; as a woman and also our Archbishop (Robert Ndlovu) is very eager to help the girl child.

“I think traditionally as you know the girl-child was side-lined. Priority was given to the boy child to go to school.

“Whenever there are opportunities; the first preference is given to the boy. And then for us as the church and as a nun, I think it’s also good to promote your own.”

The school was formed in 1963 as a farm school in the Archdiocese of Harare and catered for day scholars only.

However, since 2017, the school opened its doors to boarders which also meant Gowo had to rethink on how they were going to lure students.

“Realising that we now have to start a boarding school which attracts pupils from all over the country or the world, we didn’t want to disappoint our new students hence we engaged people like Edmore Mutetwa (former David Livingstone basketball coach) to start training sports to the day scholars before the boarders even came,” she said.

“We introduced a new culture of doing things so that those who come for boarding school they come into an existing culture because if we had remained operating the school like a farm school the mentality and the attitude of pupils would have been very difficult to convince.

“We wanted to prove a point that any child anywhere despite their location they can come, learn and do anything here so we had to introduce a new culture of sports in 2014 going forward.”

Ex-St Bernard Sports teacher Ignatius Vambe kick-started the process before he eventually moved to the Ministry of sports.

“He (Vambe) is now working with the Ministry of Sports as one of the directors. When he got that appointment as director that’s when we now engaged Mutetwa and he has been with us since 2016,” Gowo said.

“I can say that when he (Mutetwa) took over from Vambe, up to now the culture of sports has actually gone up. Our students are now learning and interacting with children from the high performing schools.

“Our pupils are performing very well in sports compared to previous years when they will look down upon themselves and say ‘We are just children from a farm school’.

Mutetwa specialises in basketball while other coaches for sports like hockey and football have been engaged.

“Every Thursday, Mutetwa spends the day at St Bernard. In the morning till lunch time he takes class by class for basketball practice from ECD to Grade 7,” Gowo said.

“So we can say almost every child at the school does sports because it is a must and they look forward to Thursdays when the sports trainer Mutetwa comes in.

“Because of his zeal to see the learners advancing in their sporting careers, he has introduced us to so many people at national level including Zimbabwe Cricket, Tennis Zimbabwe as well as soccer where we recently had former Warriors defender Allan Johnson visiting us.

“Johnson has also offered himself to come and coach these children and identify those who can play soccer and sponsor them but it’s all through Mutetwa.”

The school has an enrolment of 350 pupils of which 74 are boarders.

“We are a small school but growing rapidly because of the sporting culture that we introduced,” Gowo said.

“I think one day is not enough but unfortunately because of the economic challenges the funding challenges, the boarders are still few for us to be able to have the coach coming twice a week.

“Our greatest challenges right now are the sports fields. We need to get funding maybe it’s also an opportunity for parents to also come in and help the school to improve on the sporting facilities.

“The fields are not up to standard. It’s just the enthusiasm of having our children getting the skills but without proper facilities so we hope that in five years’ time we should have slowly improved our sporting facilities.

“We also dreaming of even having swimming it’s on our plan but we should offer all the elite sports including swimming.”

Gowo is excited that a woman – Kirsty Coventry – is now in charge of the Sports Ministry and hopes that the industry can grow in lips and bounds.

“I have not yet engaged the minister, we wish one day we could talk to her and also have that opportunity of our children getting the exposure and for us it’s not just about the boarding school,’ she said.

“Our main thrust is to see the farm girl child competing with her counterparts from the different circles of life.

“I’m also grateful to the Archbishop of Harare in whose office I work that he’s also a good advocate of sporting activities in our schools.

“He promotes the sporting activities. His philosophy is that maybe other kids are not gifted in academics but if they are exposed to a number of extra-curricular activities in the school, they can earn a living at the end of the day.

“From our ethos point of view we also promote family spirit, we are coming together to celebrate our togetherness, number one is another thing but for us it’s also a way of evangelising through sport, loving each other as brother and sister through sport.

“Even if you win, I lose, we are still brother and sister so the moral aspect is there, it is what we emphasise, its sport with a difference.”