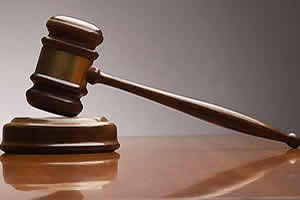 Nyore Madzianike Senior Court Reporter
A member of the human trafficking syndicates, who ran away from the court some six months ago was on Wednesday nabbed in Harare’s city center while doing his routine errands. James Marodza, who was part of the syndicate which was recruiting women to Kuwait, has today since appeared at the Harare magistrates court for his default enquiry.Another human trafficker Norest Maruma who was arrested along with Marodza was last year jailed for 20 years on Human trafficking charges and is serving her jail term.

Marodza told the court that he was ‘violently ill’ and was admitted in a hospital for three days which resulted in him failing to attend court on his judgement day.

The State led by Ms Netsai Mushayabasa told the court that Marodza was in willful default as he was arrested doing his errands in town.

Magistrate Bianca Makwande confirmed Marodza’s warrant of arrest and remanded him in custody to January 23 for his judgement.