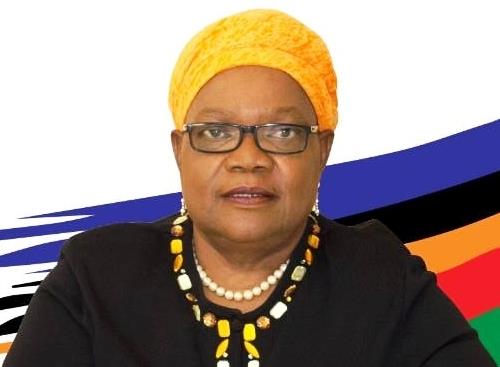 The departure of the members literary left Mujuru with no tangible party structures in the Matabeleland region as they dumped her in a clear sign of lack of confidence in her leadership.

This comes after members of the NPP, including top officials recently tendered resignation letters citing a plethora of reasons.

This followed the July 30 harmonised elections where the party which was part of the People’s Rainbow Coalition suffered a major humiliation.

Led by one of the former NPP senior party officials, Dzikamai Mavhaire, the members bid farewell to Mujuru as they flooded the MDC provincial offices here.

Mavhaire, a former Energy minister and Zanu PF politburo member confirmed his resignation from NPP while also indicating that he was officially joining the MDC as an ordinary card-carrying member.

“What this means is we are implementing our 2014 congress resolution that we should converge as Zimbabweans to come up with a big tent…. to remove the Zanu PF government,” Khumalo told the Daily News.

One of the NPP senior party officials Obert Manduna explained why they dumped their party.

“There was lack of democracy in our previous party led by Mujuru,” Manduna said.

“We also decided to make a move after realising that Zimbabwe is a two-party State; its either you are MDC or Zanu PF and any other opposition outside those two will be merely wasting time and resources.

“We have also realised that a single united opposition party can take us to Canaan,” Manduna said.