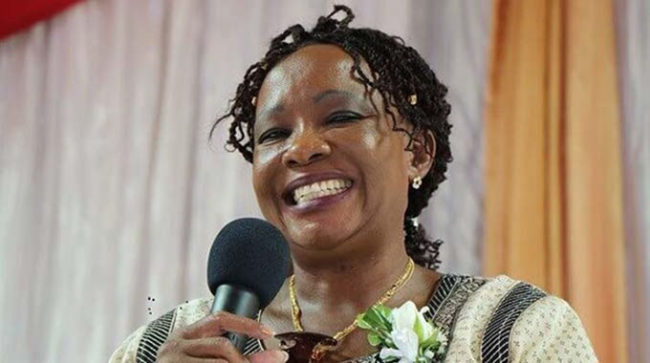 WIVES of traditional chiefs yesterday appealed to First Lady Auxillia Mnangagwa for mealie-meal, as the shortage of the staple commodity spreads across the country.

The First Lady was in Masvingo to officiate at an integrated environment programme for schools and communities at Chemvuu Irrigation scheme in Zaka on Tuesday.

She spent the night in the city and on Wednesday. She was supposed to have an interface with the traditional leaders’ wives from Masvingo and Manicaland, but left the city early for another meeting in Harare.

Local Government deputy minister, Marian Chombo, stood in for her.

Speaking during the question and answer segment, the wife of Chief Saurombe from Manicaland, whose first name could not be established, said they were struggling to source mealie-meal and there was no transparency in the way the subsidised product was being sold.

“We appeal for mealie-meal as the product is not available in the shops. We do not have anywhere to buy it,” she said.

Saurombe also appealed for Zanu PF community bakery projects, saying there was no transparency in the way the project was rolled out.

Sensing embarrassment, officials from the Local Government ministry ejected journalists, saying the meeting was private. Zimbabwe is facing mealie-meal shortages owing to a ravaging drought that has seen half of the population in need of food aid, according to the World Food Programme. The government has subsidised mealie-meal to make it affordable to ordinary people, but the subsidised product finds its way onto the black market.

When available in shops, refined mealie-meal is expensive, with a 10kg bag fetching around $140.