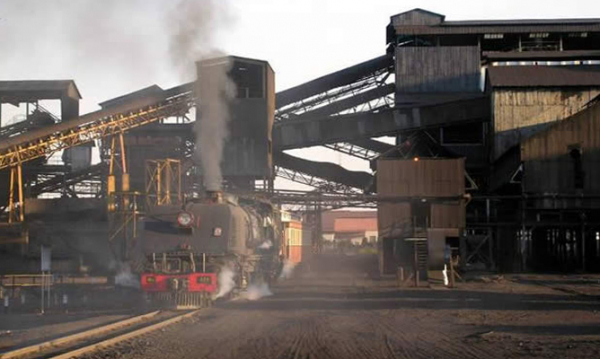 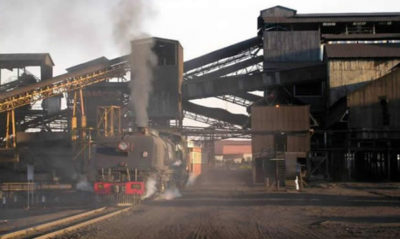 TENSION at Hwange Colliery continues to mount with allegations and counter allegations of corruption and undue interference being made between the company’s board and management.

The board, which is led by Juliana Muskwe, maintains that it is cleaning up deep-seated rot at the coal miner while sources close to the goings-on allege that the board has effectively displaced the company’s management and taken over day-to-day operations.

In June, Mines minister Chitando indicated government’s intention to replace the board, but the motion did not get the support of the rest of the shareholders.

Government is the main shareholder with a 42 % stake in the company while British tycoon Nicholas Van Hoogstraten controls about 22% through his investment vehicles Messina Investments and Hamilton and Hamilton Trustees.

“There is an unprecedented level of interference from the board in the operations of the company. They have been giving instructions to pay some suppliers ahead of others and pushing for some deals,” a company official told the Zimbabwe Independent.

“Currently, the board has been pushing for their preferred company to be given the management contract for the coke oven battery. The project was tendered, but the response was poor, only one tender was received from Otto Simon.

Initially the plan was to re-tender, but a decision was made to go ahead with the company which quoted US$60 million. Implementing a project of this magnitude with only one quotation might result in the company being short changed”.

The company’s coke oven battery was shut down in 2014. Despite numerous attempts to implement a rolling rebuild, the plant was old and beyond its economic life.

The coke oven battery is seen as key in reviving the production of coke which is a high-value product that would improve revenue.

Another deal being pushed by the board would see Hwange supply two million tonnes of coal fines to Woolwork, a wholly owned subsidiary of Croco Motors, in return for vehicles and equipment.

“This deal was once signed in 2013 and failed at implementation because the terms of the contract were deemed not to be in the best interests of Hwange by the then board.

“It does not state the actual value of the vehicles and equipment that Woolwork is supposed to deliver to Hwange. There are also no timelines as to when the delivery is supposed to happen. The deal prices the coal fines at US$10 which is actually a huge discount,” an official said.

“The suspensions that have been happening are creating a vacuum that has allowed the board unchecked interference”.
Recently, the board suspended finance and administration director Tawanda Marapira and Shepard Manamike who had replaced sacked managing director Thomas Makora on an acting basis.

In a terse response to questions sent to him, Chitando told the Independent that his office would soon be making new pronouncements regarding the running of the affairs of Hwange.

“As government, we are seized with the Hwange (Colliery) issue and will be making our position clear in due course,” said Chitando.

He added: “(Whatever) that position (is) (it) will be made clear in due course.”

However, other sources allege that there are quarters that are against an attempt by the Muskwe-led board to dig into allegations of mismanagement and corruption that have been raised against the company’s previous managers.

“There is fear these probes might actually unravel a lot of masked characters who have been milking the colliery of millions of dollars in illicit deals.

“A lot of deals have been stitched and people have made off with a lot of money, including some current and former cabinet ministers. Such a probe or forensic audit would, obviously, lift the lid on those that have transgressed and dipped their fingers into the till, depriving the company of the much-needed revenue.

“So the best approach has been to frustrate the Muskwe board and stop it, at all costs, from leading the conduct of the forensic audit,” said a source.

The coalminer, saddled with a US$352 million debt, entered into a scheme of arrangement last year but has already fallen behind on payments to creditors under the arrangement.

The employees are owed US$4,6 million from the last two months they have not been paid while payment of interest on Class A debentures has fallen behind by US$3 million.

The post Hwange Colliery board and management row escalates appeared first on The Zimbabwe Independent.