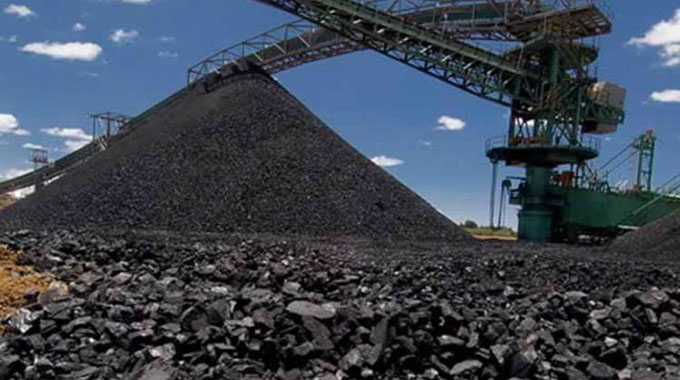 The firm requires over $500 million working capital. This comes as the company remains saddled with working capital challenges despite increasing production by more than 100 percent to 232 000 tonnes in the first quarter of this year.

The rise in production was attributed to the reliability of equipment and improvement in operational efficiencies.

Mr van Hoogstraten – a businessman with a 26 percent stake in HCCL through his investment vehicle Messina Investments – has already been approached by the coal miner’s top management with a view to injecting capital into the business.

It could not be established how much HCCL is looking to obtain from Mr van Hoogstraten.

HCCL chairperson of the technical committees on operations, Mrs Ntombizodwa Masuku, said this yesterday when she appeared before a Parliamentary Portfolio Committee on Mines and Energy.

Portfolio Committee chairperson Temba Mliswa, had asked how much the company required to jump start its operations.

Mr van Hoogstraten is understood to have not injected any capital in the business for sometime despite being the second biggest shareholder after Government. Government holds a 42 percent stake in HCCL and has been burdened with sourcing equipment for the company and addressing some of its toxic debts. Mrs Masuku said: “We are engaging Mesina Investments with a view to have them inject some capital and we have already made a proposal to them to that effect and we are meeting them tomorrow (today) as a follow up to that.”

If HCCL gets the capital injection, it would largely be injected into equipment, which is now old and unable to help the firm ramp up production.

Currently, HCCL’s operations are generally sound after creditors – who are owed $352 million – agreed to a Scheme of Arrangement last year.

The Scheme of arrangement gave the coal miner some breathing space as some of the debts have been rescheduled to next year. The employee obligations of $70 million are being addressed on a monthly basis.

Under the Scheme of Arrangement, HCCL pays $1,8 million every month to its employees.

Mrs Masuku said they have been religiously paying the employee dues in tandem with the agreement.

“To the workers, we have an obligation to pay $1,8 million every month. We are up to date with that. On the 25th of April we did pay, our obligations for the month of April.

“We owe our workers $70 million. It dates back to four or five years ago,” she said.

To reduce the salary bill, the company has introduced two weeks’ shifts for employees per month.

This has resulted in a 50 percent cut of the salary bill. HCCL is now banking on resuming underground mining to turnaround its operations.

The miner got a major fillip to its aspirations in August last year after its continuous miner was repaired in South Africa and sent back to the mine.

A continuous miner accounts for 45 percent of underground mining activities.

Further, HCCL expects to get more underground mining equipment in the second quarter of this year as it intensifies efforts to mine high value products. The equipment includes additional shuttle cars, a transformer, LHD, and a roof bolter among other critical components, a move that will allow the company’s three Main Underground Mine to operate at optimum level from an average of 10 000 currently to 50 000 tonnes per month.

HCCL is working closely with a European firm that will be conducting exploration and drilling at its new concession in Western Areas, where preliminary indications are that the new concessions have an estimated underground resource of almost one billion tonnes.