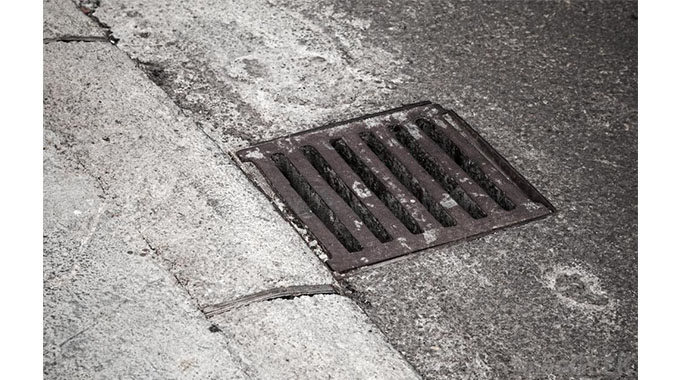 Judith Phiri, Sunday News Reporter
THE Hwange Local Board (HLB) has expressed its commitment in coming up with a long-lasting solution aimed at curbing perennial flooding caused by poor drainage in two of its suburbs amid fears that residents are going to lose the property if the rains persist.

“We are quite aware of the poor road infrastructure at Empumalanga which includes the drainage system and this dates back a long time ago. This has significantly contributed to flash floods in some areas in the suburb,” said Pastor Mdlalose.

He said there was a need to come up with appropriate stormwater drainage designs so as to guard against the human inflicted floods.

Pastor Mdlalose also said they were planning to come up with permanent stormwater drainage designs and were likely to use funds that would be allocated to them by the Zimbabwe National Roads Administration (Zinara).

He added: “The other way is to ring-fence the project through levying residents and this will see a certain levy being included on their bills.”

“Council saw the need to channel water properly through stormwater drains and we have since started doing so through clearing culverts in most affected areas. We have excavated many tonnes of silted soil,” said Eng Tapfumaneyi.

He also said the local authority was sensitising residents to desist from dumping sand and garbage on storm water drains and streams so as to guard against blocking culverts.

Eng Tapfumaneyi said: “We realised that culverts along the Independence Road in Empumalanga were major causes of flooding in that particular area because they were filled and closed with sand. Thus, whenever it rained water would start to build-up and start opposing the flow since it would be blocked from flowing through the culverts uninterrupted.”

Meanwhile, HLB will next year embark on a major sewer rehabilitation programme as part of its efforts to ensure its reticulation system is in tandem with the massive infrastructural development in its area of jurisdiction.

Pastor Mdlalose said the upgrading of the sewer reticulation infrastructure at an estimated cost of about $10 million, could not be undertaken this year due to lack of funding.

He said they had already done the tender and were just waiting to award it subject to confirmation of funding.

“The local authority has set sights on using part of the funds it would be allocated by Government through the Devolution Fund to carry out the rehabilitation programme. However, residents have hailed HLB for effectively managing to curtail sewer bursts at its high density areas,” said Pastor Mdlalose.

The local authority handed over the running of its sewer and water reticulation system to Zinwa in 2007 but the water authority later handed back the management of sewer to HLB in 2018.

Residents have said prior to the takeover, the situation was threatening to turn into a health hazard as they were continuously being exposed to sewage overflowing into the streets from manholes. However, it seems there are some few areas, where the local authority is having challenges in containing the problem.

HLB oversees service delivery in three suburbs in Hwange namely Chibondo, Baobab and Empumalanga, but the latter has been the one that has been mostly affected by sewer bursts.