I have 10yrs to empower women: ED 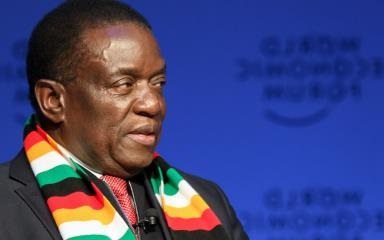 Source: I have 10yrs to empower women: ED | Daily News

HARARE – President Emmerson Mnangagwa has said he will be in power for 10 years and during that time, he will champion women empowerment and increase the per capita income of the country to over three thousand.

“Under the new Constitution the Presidency term (limit) is two terms, I know that I will come back.

“It is my view that my administration and dispensation within those two terms must uplift the standard of life of our people from per capita income.

“It is the desire of my administration that by 2030 per capita income should have risen to 3 500 and we become a middle-income economy among developing countries,” he said.

Mnangagwa said he is confident women will make an immense contribution towards the attainment of vision 2030 and the modernisation and industrialisation of the country.

“My government is committed to facilitate the empowerment of women in all spheres of life.

“My administration acknowledges that women are a force to reckon and cannot be discarded or ignored in the socio economic and political spheres of our country,” he said.

He said he recognises and appreciates the impact that women’s involvement in families, business and communities have on sustainable development.

Mnangagwa added that the government is in full support of gender equality.

“We ratified the convention on the elimination of all forms of discrimination against women and signed the Sadc declaration on gender and development as well as Sadc protocol on gender equality.

“This demonstrates the government’s unwavering support for the protection of women’s rights and access to equal opportunities in political, economic and social spheres of life as envisaged in the national constitution,” he said.

He said gender equality in Cabinet is not an event but a process, adding that women should be catalysts in advocating policies that uplift and empower other women.

“Members of Cabinet must come from Parliament, it is necessary that you make sure you fill women with capacity in Parliament to be able to be ministers,” he said.

Mnangagwa said women are better service providers as they are least corrupt compared to their male counterparts.

“We are best placed to facilitate the procurement of goods and services as well as other services from women led companies and SMES.

“Research shows that you are the least corrupt. My colleagues, men, are problematic,” he said.