I went to hell and back: ED 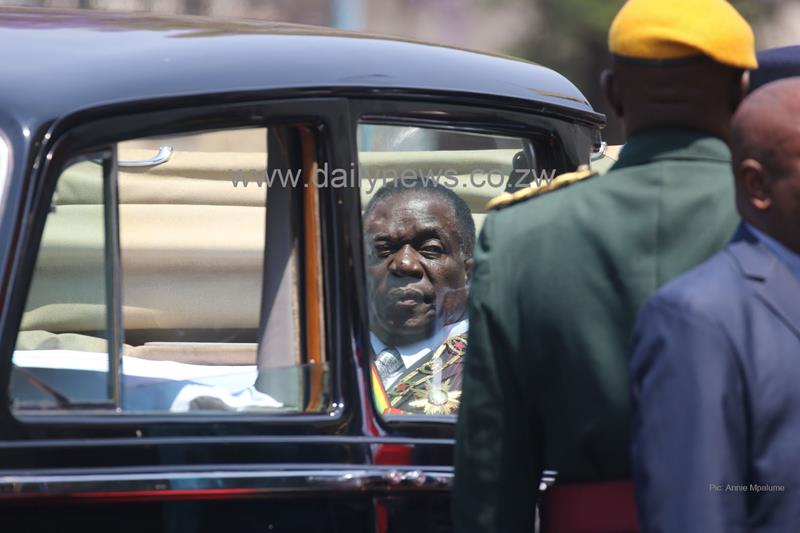 Source: I went to hell and back: ED | Daily News

HARARE – President Emmerson Mnangagwa has once again revisited his nearly fatal poisoning at the height of the ruling Zanu PF’s deadly tribal, factional and succession wars last year — revealing how he had later spent two days lying unconscious at a South African hospital as doctors battled to save his life.

This comes as Mnangagwa has consistently asserted that he was poisoned by his political foes at a Zanu PF youth interface rally at Pelandaba Stadium in Gwanda, in August last year — which saw him falling seriously ill and subsequently being airlifted to Johannesburg for emergency treatment.

Speaking to the American cable television network CNN on Friday, Mnangagwa  said he was a whisker from death had it not been for the timely intervention of his deputy, rtd general Constantino Chiwenga — who first organised a helicopter to rush him to Gweru military hospital where doctors recommended his immediate airlifting to South Africa.

“How did they save you? What was the process?” Mnangagwa was asked by his probing CNN host, Christiane Amanpour.

“After two days of being unconscious … they said the level of poisoning was very high, something like 31 percent. It was reduced in six days down to 11 percent.

“And I had something like three to four hours of life (had I not been immediately rushed to South Africa). I would have died of cardiac failure.

“The research which was done by various doctors in South Africa, in Australia and other places … where the tests were done, called it metal poisoning — arsenic metal poisoning. And they narrowed it as to where it could have come from,” the president said.
“My last review says the level of poisoning in my system is now under three percent,” Mnangagwa added.

The 76-year-old Zanu PF leader refused to finger former first lady Grace Mugabe in the interview for the alleged poisoning attack, as well as for his assassination attempt at White City stadium in June this year, where he narrowly escaped a bomb attack unscathed.

At the height of Zanu PF’s brutal succession wars, Mnangagwa was involved in a hammer and tongs tussle with the rival Generation 40 (G40) group which had coalesced around ousted former president Robert Mugabe’s erratic wife, Grace, as she and her allies sought to thwart his leadership bid both in the ruling party and in government.

“Well, on the 23rd of June I escaped another assassination attempt. But, again, I don’t say it is from Mrs Mugabe. That’s the duty of security services and the intelligence services (to establish),” Mnangagwa said in the CNN interview.

In the latter incident, Mnangagwa narrowly escaped an apparent assassination when an explosion rocked a Zanu PF rally that he was addressing at White City Stadium in Bulawayo — killing two security aides and injuring scores of other people.

He has since claimed that the government now knows the identity of his would-be killers, and that authorities will soon be winding up the probe into the attack.

Mnangagwa’s revelations in the CNN interview saw him publicly disclosing yet again how close to death he was following the Gwanda poisoning incident — and which worsened his relationship with Mugabe and Grace, culminating in his eventual dismissal from both the ruling party and the government.

He first lifted the lid on the poisoning incident last year when he told mourners at the funeral of the late vice president Simon Muzenda’s widow, Moudy Aloisia — where he cryptically said that God had shown him mercy.

“Handizivi kuti pandakararama apa Mwari achandipa mamwe mangani (After this close shave, I don’t know how many more years God will give me),” he said during his visit to the Muzenda home where he had gone to pay his condolences.

“Pamwe uchangouya odzura hake. Mwari ndivo mukuru wazvose. Akada kukutora hazvina muvhunzo, hazvina consultation, hazvina feasibility study. (Perhaps he will return to take me. Everything is in God’s hands. When he decides to take you, you can’t argue with his decision, there are no consultations, no feasibility studies),” he said then.
Further quoting Psalm 135:6, Mnangagwa said whatever pleased the Lord that’s what He did, both in heaven and on earth.

The late Muzenda’s wife, who was interred at the national Heroes’ Acre in Harare, was buried while the Zanu PF strongman was still receiving treatment in South Africa following the poisoning incident.

At the time, the government had claimed that Mnangagwa — who was seen as the most likely bigwig to take over from Mugabe in the event that he left office — had fallen sick after consuming “stale food”.

However, Mnangagwa’s family and allies insisted even then that he had been poisoned by his Zanu PF political rivals.

It was also suspected at the time that he had been poisoned through food that he had eaten in the helicopter that he had boarded with former ministers Sydney Sekeramayi and David Parirenyatwa ahead of the Gwanda rally.

That food, which was said to have been packed in kaylite boxes, and whose origin is still a subject of much speculation, included samoosas, chicken and sausage rolls.

Mnangagwa’s subsequent vomiting, according to well-placed Daily News sources, was described as extreme “projectile vomiting” — which refers to vomiting that ejects the gastric contents with great force, to the extent that some material exits the body through the nose.

Mnangagwa’s associates said this vomiting was “not consistent with the effects of eating stale food”.

Doctors had apparently also said that if he had not vomited so violently in Gwanda — thereby flushing out most of the poison — he would probably have died, as he still required emergency surgery when he got to South Africa.

Several Cabinet ministers linked to the G40 faction were also targeted in the operation, which ended a week before Christmas last year — with the soldiers only retreating to the barracks after five weeks of executing the operation.

The curtain finally fell on Mugabe on November 21 when he resigned moments after Parliament had started humiliating proceedings to impeach him.

Mnangagwa was voted into power as Zimbabwe’s substantive leader on July 30 when the country held historic elections to choose both the president and new members of Parliament.