‘I would not recommend coup conspirator Mnangagwa’ 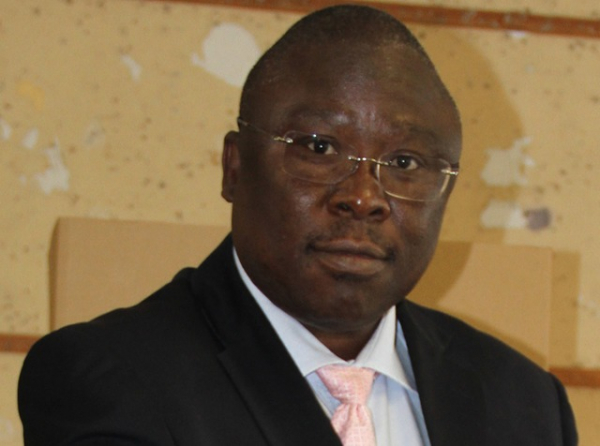 Source: ‘I would not recommend coup conspirator Mnangagwa’ | Newsday (News)

Shumba, an ex-Zanu PF legislator, said his former party was still the same Zanu PF, albeit with a different jacket colour.

The following are excerpts of an interview between Shumba (DS) and NewsDay senior parliamentary reporter Veneranda Langa (ND) on Shumba’s bid for the presidency.

ND: What were the driving factors that led to you forming the United Democratic Alliance?

DS: You are aware that I have extensive political and legislative experience, both as a member of Zanu PF and opposition, where I was also interim president of the United People’s Party, which we formed soon after the Tsholotsho declaration.

My coming into politics is not accidental, it is deliberate because we need to redeem our country and ensure we have leaders that are men and women of integrity that are willing to earnestly work to turn around Zimbabwe and restore its bread basket.

I made a decision to contest as president a long time ago, even as I was in Zanu PF because the delinquencies in Zanu PF were clear.

ND: What were those delinquencies in Zanu PF?

DS: It is a party that has been characterised by a spirit of entitlement to power and plunder of the economy and resources of this country.

It is a party of people with self-serving interests and they do not care for citizens. There is a lot of unwillingness to tackle corruption.

ND: What was the reason you were fired from Zanu PF and from your Parliament seat as Masvingo Urban MP? Was it factionalism?

DS: I was neither G40 nor Lacoste. I was removed, not fired from Zanu PF and Parliament because you must allege something to dismember a person that you fear most.
If you do not plunder with them or steal with them, obviously you do not fit into their agenda. I was removed because I raised painful issues about the plunder of businessman Mutumwa Mawere’s Shabani-Mashava Mines, externalisation of gold and diamonds and revenues that were not accounted for.

Those were uncomfortable truths and the best way was to take me away to ensure that they undertook their plunder without scrutiny.

The current dispensation expropriated from Mawere. I was exposing the whole coup operators. You call him a President, but he is a coup conspirator and I would not recommend Mnangagwa as President for the people of Zimbabwe.

ND: What exactly do you want to solve once you become president? What are some of the issues in your election manifesto?

DS: We have launched the electronic version of our manifesto. We propose to immediately deal with the economic challenges by ensuring we quarantine gold mining so that we retain it for Zimbabweans.

Zimbabwe is among the top two countries in the world that have in-ground gold reserves. If extraction is done in the optimum way and externalisation is stopped immediately, we can enable Zimbabwe to introduce a gold based currency.

Currently, the world is using the United States dollar, which is petrol-based, yet other countries like China, Russia, Germany and Venezuela are already pushing for mineral-based currency.

A gold-based currency is much stable and gold can be securitised with our own currency. We are also the only political party which is proposing a basic income grant, which is different from unemployment benefits.

This would be paid to every citizen of Zimbabwe, who is over 18 years. It will cushion impoverished people and will be equivalent in value to the poverty datum line.

It is a no employment benefit and those employed will not qualify. A percentage of our mineral exports shall be levied to finance the Basic Income Grant.

ND: What is your view of Mnangagwa as presidential candidate?

DS: To me, they are non-constitutional coup operators, who seized power because of internal party squabbles, which, unfortunately, the army got involved in at the national expense.

They now intend to legitimise it by forcing the results of this election in their favour.

His party is just offering rhetoric and people are actually poorer and more terrified to stand up for their democratic rights.

He has been in government for 37 years and he is not presidential material. He is still using tools of the state to ensure that his opponents are
terrorised.

ND: But how come the campaign trail to these elections is peaceful compared to previous elections?

DS: It’s not peaceful, actually more people are dying of hunger and there are continued human rights violations. Soldiers are being used and he [Mnangagwa] called for elections without the inspection of the voters’ roll.

ND: What is your opinion about former President Robert Mugabe?

DS: I think all of Mugabe’s cronies must have no place in whatever new government we will have. All those who served in Mugabe’s government for 37 years should go.

Why do they think they are entitled to leadership for many years? They should create democratic space for new thinking because Zimbabwe is not short of skills.

ND: What is your view about the other presidential aspirants? Do you consider them a serious challenge?

DS: I cannot comment about the opposition. But what I want to say is that I am not scared of any other candidates. In fact, I request a live debate with Mnangagwa. I can undo him in every aspect. He is not original and does not have thoughts for the citizens of Zimbabwe.

ND: What challenges have you encountered as you campaigned for elections?

DS: There is a lot of bias and limitations for media exposition. Zanu PF also still controls the State machinery and security sector seems to be pre-empting the electoral process on behalf of Zanu PF.

ND: Are you confident of a win?

DS: Despite that the ground is not level, I feel that Zimbabweans are going to reject Zanu PF at the polls. We ask all Zimbabweans to remain prayerful and vote for me.

The post ‘I would not recommend coup conspirator Mnangagwa’ appeared first on NewsDay Zimbabwe.