If Moza sneezes, we all catch a cold

Source: If Moza sneezes, we all catch a cold | Sunday Mail (Opinion) 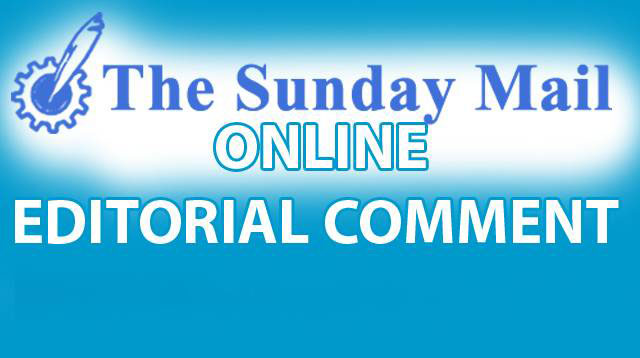 Until recently, it was inconceivable that Southern Africa, a region that is known to be relatively peaceful, could be a theatre for terrorist activities at a scale and magnitude that is currently being experienced in northern Mozambique.

Yes, conflict, which does not necessarily refer to armed hostilities, has been there, but only at levels that can be managed through diplomacy.

However, the new dimension of insurgent attacks in Cabo Delgado province has been both disturbing and worrying for the region.

In particular, the March 24 attack on Palma, a coastal town near Total’s new LNG gas project, was the much-needed wake-up call for all of us.

The images and stories that are coming out of Palma are as heart-rending as they are shocking.

Although the exact death toll is not yet known, what is known is that most innocent civilians met their end in the most horrific and inhumane way imaginable.

As the SADC Organ on Politics, Defence and Security Cooperation (Organ Troika) chairperson Botswana President Mokgweetsi Masisi correctly observed last week, “ the deteriorating security situation in the northern province of Cabo Delgado in Mozambique is indeed a serious threat to peace and security not only our sister country, but also to the whole region and humanity at large.”

It is indeed true that we can no longer stay indifferent to these brutal and indiscriminate attacks.

It is, therefore, incumbent upon member states in the region to thwart the emerging security threat that has the potential to destabilise the region.

And it is precisely this reason that led SADC leaders to meet in Maputo on Thursday for an Extraordinary Double Troika Summit that involved leaders from Zimbabwe, South Africa, Malawi and Mozambique.

The resolution made at the critical indaba to deploy in Mozambique could be a turning point in the fight against the insurgents. There is absolutely no doubt that defence and security chiefs from the region who are seized with the matter know exactly when, how and what needs to be done to competently deal with the onerous historic task that lies ahead.

But the sad turn of events in neighbouring Mozambique need to be examined further. Who are these shadowy terrorists? What are they fighting for? Who is funding them?

Why are they targeting their own people in the name of advancing their cause?

And, most importantly, why now?

It cannot be purely coincidental that the disturbances are happening at a time when Mozambique has just stumbled on a huge gas find that is set to be hugely transformative on its economy and the lives of its people.

It also cannot be fortuitous for the insurgents to launch the most intense and brazen attack at the material time when the first onshore gas plant by Total is just about to take off.

For the avoidance of doubt, it is worth noting that the centre of the terrorist activities is confined to Cabo Delgado — more than 1 600 km from Maputo — where the mega gas projects are incidentally located.

The impact of these projects could be staggering.

French giant Total has already made a commitment to invest US$25 billion, which is markedly more than Mozambique’s GDP at US$15 billion.

Once developed, it could potentially generate an estimated US$50 billion in the first 25 years of operation.

There are two other major projects at various stages of development: The US$4,7 billion Coral FLNG Project by Italian company ENI and US-based ExxonMobil; and the US$30 billion Rovuma LNG Project by ExxonMobil, ENI and the China National Petroleum Corporation.

The investments are from every part of the world — America, Europe and Asia. Overall, they are worth more than US$60 billion. Suffice to say, they are probably the largest investments ever in the continent.

So, could this be another case of the resource curse in Africa?

Answers to these questions could help us understand the evolving conflict in Mozambique and arm us with the critical information to decisively deal with the scourge. It could also help us prevent future conflicts in the region.

At the moment, Southern Africa, just like any other region, cannot afford the added burden of an intractable conflict, especially at a time when it investing huge amounts of time and resources fighting off the deadly coronavirus.

In any case, most of the efforts should be ordinarily invested in improving people’s livelihoods.

This is why the conflict in Mozambique cannot be allowed to fester by sister Republics. Our fate as a region, continent and globe is inextricably linked. If Mozambique sneezes, we all catch a cold.