ZIMBABWE’S vision to achieve a US$12 billion mining industry by 2023 could remain a pipe dream if efforts are not directed towards curbing illicit financial flows (IFFs) in the mining sector, according to the Zimbabwe Coalition on Debt and Development (Zimcodd). 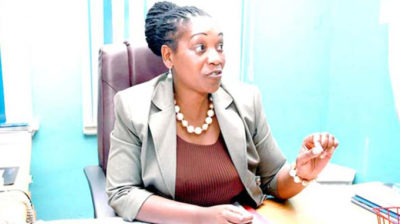 In a 2021 budget strategy paper issued two weeks ago, the government projected that the mining industry will underpin economic recovery.

However, Zimcodd said this vision might remain a dream if illicit financial flows (IFFs) are not curbed in the mining sector.

Every year, an estimated US$88,6 billion, equivalent to 3,7% of Africa’s gross domestic product (GDP), is siphoned out of the continent, according to the United Nations Conference on Trade and Development.

“Illicit financial flows are increasingly becoming a cause for concern at national and global level, especially in relation to the realisation of sustainable development goals (SDGs),” Zimcodd said.

“The obvious impact of illicit financial flows is loss of revenue much needed for the attainment of SDGs, hence they prejudice countries of millions and billions of dollars which would have been channelled towards domestic consumption and for private and public investment,” it said.

“The attempt by Rushwaya to smuggle gold with an estimated worth of US$333 000 is only a microcosm of the … huge sums of gold and other precious minerals smuggled out of the country.

If the figure is anything to go by, if sold officially, the amount from the gold would go a long way in covering the financial gap existing in the public service delivery sector.”

Gold accounts for the biggest part of IFFs.A recent report said that between 2009 to 2013, Zimbabwe lost US$2,83 billion, through IFFs.
This translates to an annual average of US$570,75 million.

In 2019, Finance minister Mthuli Ncube said Zimbabwe might have lost between 30 and 34 tonnes of gold to smuggling to neighbouring South Africa.

“This is attributed to a number of factors including corruption, dysfunctional regulation, weak enforcement of rules, tax evasion, tax avoidance, smuggling, lack of transparency and accountability in the collection and management of natural resource revenues and limited information on the quantity and quality of geological deposits,” Zimcodd said.

Zimcodd said the government should look for ways to motivate gold producers to sell through the formal market.

“There is a need for the government to demonstrate political will to arrest and prosecute perpetrators and guarantee the independence of the responsible institutions. The government should invest in information technology to ascertain the quantity and quality of geological deposits to curb under-declarations of quantity and quality of minerals to reduce illicit outflows of money from the country,” the report noted.