I’m not a politician: Nkosana Moyo 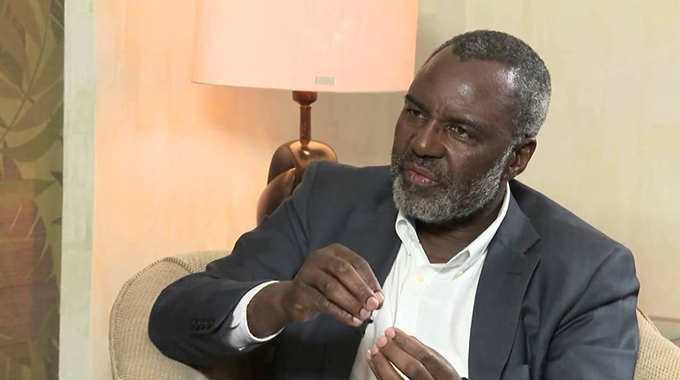 Tichaona Zindoga Political Editor
Dr Nkosana Moyo, one of the 23 presidential contenders in the July 30 elections, says he is not a politician but a manager and is not ashamed of being a “nice guy” because he wants to bring a new culture to Zimbabwe’s politics. The Alliance for People’s Agenda (APA) leader launches his party’s manifesto in Harare today.

A former Industry minister, Dr Moyo has not held mass rallies or given away political regalia, preferring to approach individuals, disparate groups and households.

It is his idea of a new political culture and yesterday he told The Herald in a wide-ranging interview that he was confident his approach would endear him to the electorate.
He ruled out forming alliances with any of the contestants ahead of the elections.

“I am not a politician and I am not ashamed not to be a politician,” he said.
“I believe politics is practised in a certain way which has destroyed our country. I am a manager and I have been a manager for most of my working life. I believe that the characteristics of a manager are what we now need in this country in a phase that does not in any way denigrate what has happened previously.

“It has to be the phase which recognises the value of what has happened previously. It also recognises the need for moving into a different phase in order to lift our country to the next stage,” he said.

Dr Moyo said he was piqued by suggestions that he was “too nice” to be president of the country.
“What is wrong with being a decent human being? Are we really trying to argue that politics by its very nature is only meant to have nasty people?” he queried.

“I don’t recognise that, I personally believe that it is possible to have a totally decent human being lead a country and I think your relationship with the population when we talk about human rights, respect and integrity the way you come across in interacting with ordinary people must be from somebody who respects other people. If that is what being a nice guy means, then I am not ashamed to be the nice guy.”

On the manifesto, Dr Moyo said the document would be different from those already on the market, although he refused to disclose specifics.

“The compilation of our manifesto is based on an intensive interaction over almost the past whole year with Zimbabweans in understanding what is important to them, understanding how they live daily,” he said.

“We believe that the responsibility of a government is to create unity by showing to the people who are in this society that there is value in belonging to the society.

“There can only be value in being a member of the society, when that society does not leave you behind, when it protects you when you need protection when there is an ethos of looking after everybody so that we can say it is our country altogether.”