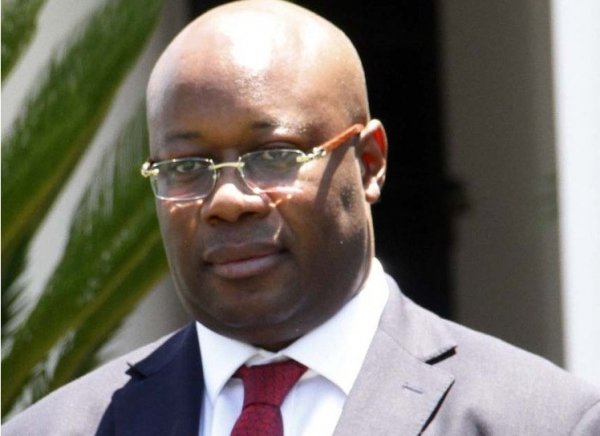 MINES minister Winston Chitando yesterday told Parliament that he was not afraid of what would come out from the forensic audit on Hwange Colliery Company, saying that it must proceed to its conclusion despite being implicated as having conducted some dodgy deals in the preliminary report.

Chitando appeared before the Parliamentary Portfolio Committee on Mines together with the Attorney-General Prince Machaya, who was also quizzed on the legal diligence he took before agreeing to put the mine under reconstruction with Bekithemba Moyo as the administrator.

The Hwange Colliery mismanagement saga has had many twists and turns, with Chitando and former Mines deputy minister Fred Moyo, mine management, some board members, and contractors being fingered as having contributed to bringing down the coal mining giant.

Yesterday, Chitando did not say much about the allegations levelled against him, but said he was amenable to the forensic audit being concluded.

“When I was the Hwange board chairperson, I never made any decisions on my own pertaining to Hwange, and any decision which was made was by the entire board, and all I can say is that there is need to retrieve the minutes and supporting documents to prove that I made decisions on my own,” Chitando said in response to a question on whether he once ordered that a contractor with Hwange, Shepherd Tundiya of Anvil should be given a contract to transport coal so that he could pay back $481 000 that his company owed Hwange.

Last week, Reynolds Tendai Muza, a forensic auditor and investigator with Ralph Bomment Greenacre and Reynolds, told the committee that Tundiya owed Hwange Colliery $481 000 for coal deliveries he was paid for in advance. He also alleged that Chitando had pushed the board to make a resolution that Tundiya be given more business so that he could pay back the $481 000.

“The forensic investigator must do his work, and if there is any amount owing he should go to his books. I do not see why he should have any additional powers through invoking the Prevention of Corruption Act because he (forensic auditor) already has leeway to go through the company books,” the minister said.

Machaya also defended Moyo (administrator) saying that Hwange was a private company and so Parliament had no mandate to hold the administrator accountable.

But, Mliswa said section 299 of the Constitution stipulated that Parliament has a right to oversee all public expenditure, hence it could hold the administrator accountable because government had investments in Hwange Colliery.

Meanwhile, Tundiya yesterday told the Portfolio Committee on Mines that some MPs within the committee were trying to scuttle investigations.

Tundiya alleged that some MPs met Hwange Colliery’s acting board chairperson Juliana Muskwe at an undisclosed lodge after she appeared before Parliament last week.

“There are many issues about Hwange, but I am afraid to say them all because I do not know if I will be protected after saying it,” Tundiya said.

“There are some MPs in this committee who actually held a meeting with Muskwe at a lodge and unfortunately for them, they forgot some documents there, and those documents were then leaked,” he said.

Mliswa said he was protected by the Parliamentary Privileges Immunities and Powers Act, but Tundiya said it was very political and was afraid to disclose the names of the MPs involved.

Tundiya then alleged that Muskwe was corrupt and that she had given Hwange company funds ($24 100) in June just before the elections to the Zanu PF women’s league, which was transferred to an account of a person only identified as C Ngoma.

Tundiya further claimed that the husband of one of Hwange Colliery’s workers representatives only identified as Kamocha stole $40 000 worth of fuel, adding that management and board members were stripping Hwange’s assets and looting equipment.

“I cannot produce documentary evidence because the management and board were so smart that they deleted all the records. They even fired the IT person so that they deleted all the records before the forensic audit. The forensic auditor that was hired, Reynolds Tendai Muza from Ralph Bomment Greenacre and Reynolds is a liar, and he must produce documentary evidence that I owe Hwange Colliery $450 000 and that I stole coal,” he said.

Tundiya produced documentary evidence before the committee claiming his company was owed $202 000 by Hwange Colliery, but other invoices showed that $98 000 was owed to Philcool, a company owned by his brother, Wilfred Tundiya.

He denied personally abducting Hwange Colliery internal auditor Gilbert Mudenda and company secretary Allen Masiya saying their wrangle was personal and had nothing to do with Hwange Colliery.