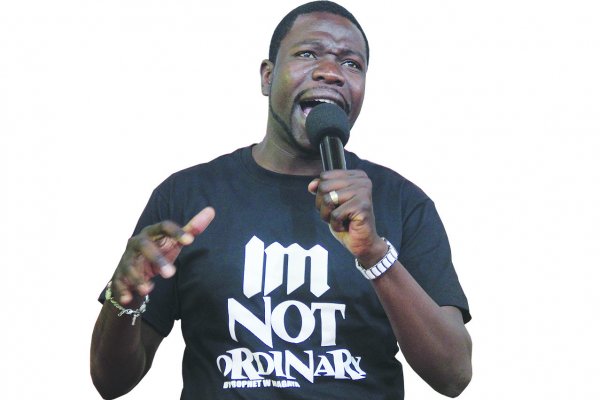 Prophetic Healing and Deliverance Ministries founder Walter Magaya has apologised to the nation citing excitement as the reason behind his haste in announcing a “cure” for HIV and cancer without following procedures on the introduction of a new drug.

Speaking at a Press conference held at the Health and Child Care ministry yesterday, in reference to his proclamation, Magaya, who retracted his earlier claim, said the Aguma drug had not yet been tested on human beings.

He said he was now willing to have the tests done according to the requisite procedures by the ministry and other relevant authorities.

“I have engaged the ministry, notifying them of my discovery at the same time apologising for the announcement I made. The apology is that we rushed to announce about my findings without taking the necessary steps,” Magaya said.

“I never said people must stop taking their ARVs. From today, we are going to run the tests accordingly and, if proven, it is going to be announced by the ministry. I would like to thank the ministry for handling me like a child and correcting me in a good way.”

The charismatic preacher went on to shift goal posts, as he brushed aside the fact that he said the drug was tested on human beings when he made his claims on Sunday.

He also denied prior distribution of the Aguma drug and dispelled rumours that he was considering taking the herbal supplement to countries that had approached him.

“I will wait for the tests to be done to ascertain that it is safe for human beings and that indeed it has properties that can cure HIV and Aids. I have not sold any bottle up to now. I clearly said I will wait for my government. I have been offered money by other governments to take my discovery to them, but I am still here saying I’m willing to go through the clinical trials in accordance with the correct procedures,” Magaya said.

Magaya, however, maintained that his announcement was not a publicity stunt.

Questioned whether it was true that he also has another product, a lipstick, which is said to help increase blood in patients with little or low blood in their bodies, Magaya said it was an invention he was thinking of introducing into the country.

“On the lipstick, I was explaining how far technology has gone outside the country and was hoping to bring such technological inventions to Zimbabwe,” he said.

Health and Child Care minister Obadiah Moyo said owing to Magaya’s status, his message was likely to make an impact, leading government to look into the matter urgently.

Moyo said government would not turn down new discoveries, but these should be introduced lawfully.

“Right now there is no medicine from Magaya which is registered in Zimbabwe and anywhere in the world. He has agreed that he made a mistake and where mistakes are made, they have to be corrected. He has assured us that he is not going to dispense his medication until tests have been done,” he said.

Moyo urged people living with HIV not to default treatment in pursuit of supplements that were said to be containing curing properties.