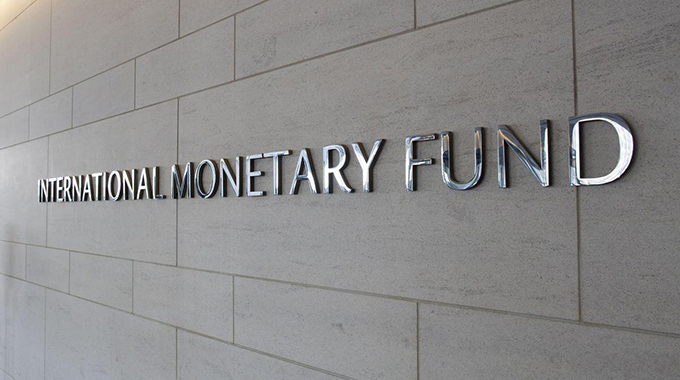 The global economy is expected to expand by 3,2 percent in 2019, the fund said in a report released Tuesday morning. The revised economic growth figure is 0,1 percentage points lower than the IMF had forecast in April and is 0,3 percentage points below the fund’s growth estimate at the start of the year.

“Risks to the forecast are mainly to the downside,” the IMF said.

“They include further trade and technology tensions that dent sentiment and slow investment; a protracted increase in risk aversion that exposes the financial vulnerabilities continuing to accumulate after years of low interest rates.”

Back in May, China and the US hiked tariffs on billions of dollars’ worth of each other’s goods, stoking fears of a more protracted trade war between the world’s biggest economies.

The US-China trade war began last year when the US imposed levies on Chinese imports and China retaliated with tariffs of its own.

This conflict has dampened expectations for economic growth and corporate profits. Some companies are also moving their supply chains out of China to avoid tariffs.

The IMF points out that global trade volume growth declined to around 0,5 percent on a year-over-year basis in the first quarter of 2019.

“The silver lining remains the performance of the service sector, where sentiment has been relatively resilient, supporting employment growth (which, in turn, has helped shore up consumer confidence).”

Another factor dampening the global growth outlook is the uncertainty around the UK’s exit from the European Union.

In April, the EU and UK agreed to extend the Brexit deadline until October 31. Still, it is not clear whether the two parties will strike a deal to maintain some economic ties before the deadline or if these will be completely severed.

“The forecast assumes an orderly Brexit followed by a gradual transition to the new regime. However, as of mid-July, the ultimate form of Brexit remained highly uncertain,” the fund said.

To boot, inflationary pressures in developed economies like the US, Europe and Japan remain low.

The Federal Reserve in the US is largely expected to cut interest rates by at least 25 basis points at the end of July.

“Lower inflation and entrenched lower inflation expectations increase debt service difficulties for borrowers, weigh on corporate investment spending, and constrain the monetary policy space central banks have to counter downturns, meaning that growth could be persistently lower for any given adverse shock,” the IMF said. — CNBC