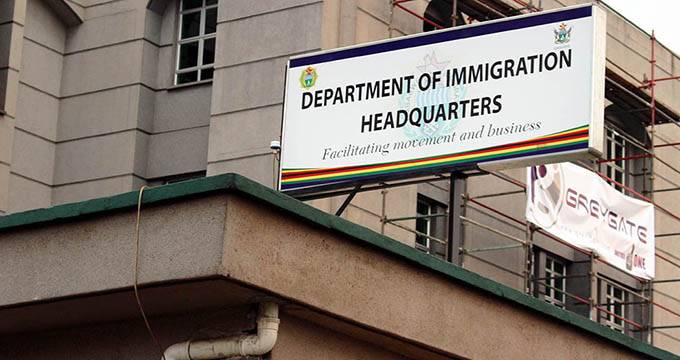 Thupeyo Muleya Beitbridge Bureau
The Department of Immigration has appealed to parliamentarians to push for the resuscitation of its computerised management system, which has been down since December 2019.

The system is designed to quickly pick up travellers with outstanding security issues such as people on bail or travel bans.

The department is also operating an online visa application (eVisa Zimbabwe) processing system in line with the country’s e-Government project aimed at modernising and improving service delivery in the public sector.

The Assistant Regional Immigration Officer in charge of Beitbridge, Mr Nqobile Ncube told members of the Parliamentary Committee on Defence, Home Affairs and Security last week that the state of affairs at the borders was not desirable.

In the absence of the computerised system, the Department was screening travellers and segregating information manually and at times this depends on the work ethic of individual officers.

Additionally, Mr Ncube said the job became tedious considering that prior to the lockdown they were handling at least 14 000 travellers daily.

Numbers could even increase further when the border finally re-open to passenger traffic considering that many people within Zimbabwe and the region have not travelled for the last six months.

“The Afrosoft backed system that ran the Citizen Manager Program on a local area network capacity has been down since December 8, 2019,” said  Mr Ncube.

“This puts the department, security and basically the whole nation at risk as all entries and migrant management has to be done from a manual perspective.

“Given the high volume movement at this port, this becomes a great disadvantage in terms of efficiency and quality delivery. I would like to request for the committee to lobby for Cabinet or even a Presidential oversight into this matter such that by the festive season this year we will have effective and robust operating system that ideally would be real-time.”

The senior immigration official said having their computerised system on the WAN (Wide Area Networks) will help them carry on board the Interpol module like South Africa and Botswana Immigration Services.

In addition, Mr Ncube said the system has the capacity to be packaged with the new facial recognition module being currently piloted and other related immigration services modules.

He also encouraged the parliamentarians to push for the Ports Authority Bill to be passed as this will align services and fair use of resources across the board.

“The current set up where the Zimbabwe Revenue Authority (Zimra), who is also a stakeholder at the border, is given the maintenance and repair budget for the whole complex is untenable as obviously most of the expenditure will lean towards its interests at the expense of other departments.

“In the absence of the arbitrator role of the Port Authority, this creates a ‘Big Brother’ element in the purse holder and relegates other departments to minions, who have no administrative say in the management and development of infrastructure and services. This, in my view, needs to be dealt with urgently,” said Mr Ncube.