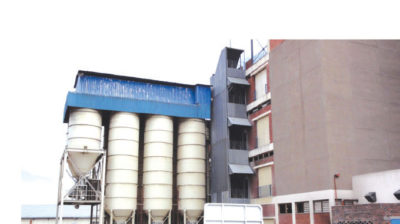 Business Reporter
GRAIN milling company, Blue Ribbon Foods Limited has saved around $4,5 million in the past 18 months after procuring maize locally from farmers who were contracted under Government’s import substitution programme, known as Command Agriculture.

“We haven’t bought (imported) maize for about 18 months now, thanks to Government’s import substitution programme (Command Agriculture) which has made (helped) us procure all our requirements locally.

“By so doing we will be saving a lot of the much needed foreign currency. An amount of around $3 million yearly can be saved by local procurement,” said Bhakresa.

Out of the 800 000 tonnes that were procured from the Government by the Grain Millers Association of Zimbabwe (GMAZ), Blue Ribbon bought 100 000 tonnes of that.

It is believed that the grain milling company spent $24 million on grain.

“The wheat business is facing challenges that we require the monetary authorities to be aware of. We have been importing 100 percent of our wheat requirements, only until we started receiving the Command Wheat harvests in November and this was a welcome development as we had to reduce our level of foreign remittances as an economy. We have accumulated a foreign debt which we have not yet been able to remit for payment. Our foreign wheat supplier has since stopped further supplies and is insisting on receiving at least $3 million.

“Our failure to remit the said minimum amount poses imminent threat to our production and as I speak we have acute stocks of (both) local and imported wheat,” said Bhakresa.

Government has banned cheap genetically modified organism (GMO) maize meal imports which used to dominate the southern part of the country as they were killing small scale indigenous millers. This has helped the resuscitation of Blue Ribbon Foods and has pushed capacity utilisation of all grain milling companies to 100 percent.

Blue Ribbon Foods is also working on diversifying into beverages manufacturing and the project is expected to create an estimated 1 000 jobs across value chains. The milling company is expecting to open a $3 million maize and wheat plant in June this year.

Given the Government’s “Zimbabwe is open for business” policy, the firm would take advantage of the current momentum to grow its business and revive its various operations. By year end Blue Ribbon expects to open new ventures worth about $10 million as part of efforts to grow its operations.