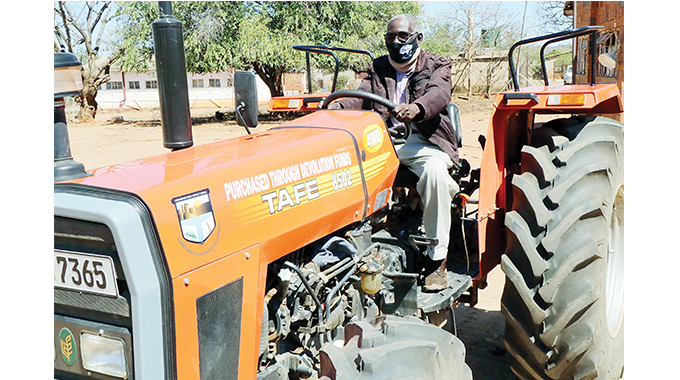 Rtd Brig-Gen Mayihlome said this during a tour to assess the state of roads and bridges in his constituency on Friday.

He said while the three road authorities namely the District Development Fund (DDF), Ministry of Transport and Infrastructural Development and the local authority were making efforts to maintain roads, there was still more to be done.

He said there was a need for Government to consider re-capitalisation of DDF in order to ensure that it had the capacity of conducting effective road maintenance works.

“The purpose of this tour is to see the progress that has been made by the three road authorities in maintenance of roads and to see what is stalling progress and how the challenges can be addressed. We have to ensure that funds allocated by Government for development are indeed serving their purpose. I have noted with concern that the road maintenance works we see are mainly of grading roads only and nothing beyond that.

“DDF has noted that they only have capacity to conduct grading. There is a need for DDF to be re-equipped to provide more effective road maintenance works. This is a national challenge which I will take up with relevant authorities at national level. It doesn’t end with roads only but we are facing the same challenge with tillage and water. DDF needs to be resourced. I implore all three road authorities to work together so that service delivery is effective,” he said.

Rtd Brig-Gen Mayihlome said community members from his constituency are often faced a serious challenge in accessing schools and clinics during the rainy season as some rivers did not have proper bridges which people could use to get across.

Also speaking during the same tour, DDF Matabeleland South provincial co-ordinator Mr Moment Malandu said with the funds which were available they could only conduct motorised and towed grading of roads. He said they had a desire to re-gravel roads so that they could be in a better state but funds did not permit. He said if funds improved next year, they will work on re-gravelling roads. Mr Malandu said they also did not have the necessary equipment and machinery.

Mr Malandu said they were set to conduct motorised grading on 102 kilometre road network in Umzingwane by year end.

Umzingwane Rural District Council administration officer, Mr Bekithemba Ndlovu said they had put in place plans to build bridges and maintain roads but funds remained a challenge. He said they also did not have equipment to do the work.

DDF in August launched a $95 million road maintenance programme in Matabeleland South Province in a bid to improve the province’s road network. The programme will run till 31 December. Under the programme DDF will conduct motorised grading on 967 kilometres at a cost of $30 million, towed grading on all DDF roads with a total network of 2 484 at a total cost of $25 million as well as construct three bridges and three piped drifts at a cost of $40 million. – @DubeMatutu.