Improve the welfare of journalists: Minister 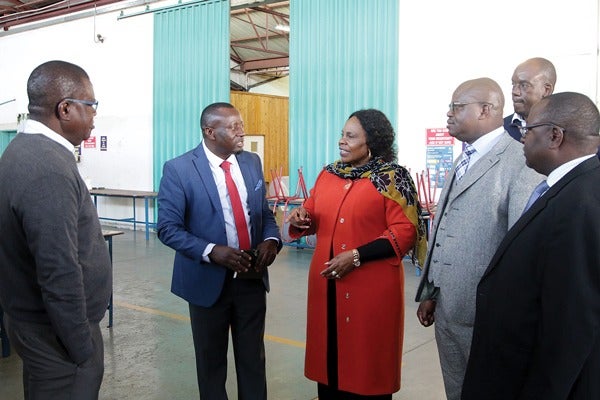 Information, Publicity and Broadcasting Services minister Monica Mutsvangwa has called on media houses to improve the welfare of journalists considering the important role they play in disseminating information to the public.

Addressing journalists after touring Alpha Media Holdings (AMH) offices in Graniteside in Harare yesterday, Mutsvangwa said she was concerned about the current welfare of journalists in the country which she felt was affecting their work.

“The welfare of our journalists needs to be transformed. There is a saying that if you throw nuts you get monkeys. They need to be well paid,” she said.

Mutsvangwa said journalists were supposed to be provided with refresher courses and training to improve their reporting.

She chided journalists for publishing articles that painted a negative picture of the country and defaming prominent personalities and politicians.

“I am happy to see you working. This is a very important job that you are doing. The Constitution calls for dissemination of information and it is my mandate as a minister to interact with you. I have brought my permanent secretary (Nick Mangwana) and we are open. If you need anything come to us. Let us remove them and us attitude. We are all Zimbabweans,” Mutsvangwa said.

“I am a war veteran; I fought for this country when I was 15 years old. What I fought for is freedom and democracy peace and stability. One can choose to be Zanu PF or MDC or any other political party. When you are writing bear in mind that the pen can create a discord in other people’s lives. It can destroy political leaders. Let us be professional and factual when reporting.”

The minister said licensing of community and commercial radio stations was at an advanced stage with a new Broadcasting Authority of Zimbabwe board expected to be appointed next week.

“We are opening up airwaves. We know there is high demand for radio licenses. The Broadcasting Authority of Zimbabwe will invite applications soon. We will do it across the board and no one will be favoured in terms of licenses. They will be awarded in terms of qualifications,” Mutsvangwa said.

AMH is the biggest private media organisation in the country and publishes NewsDay, The Standard and Zimbabwe Independent and also operates Heart & Soul Television.

The post Improve the welfare of journalists: Minister appeared first on NewsDay Zimbabwe.