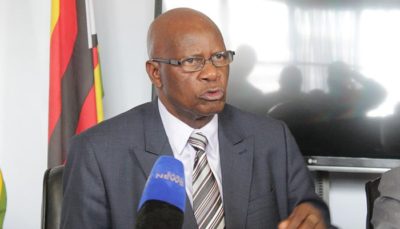 Addressing journalists at the party headquarters in Harare yesterday, the former Finance minister said the law had to be revoked under President Emmerson Mnangagwa’s administration because it was ill-conceived and did not make sense.

He added that the policy was a G40 project meant to empower individuals, instead of benefiting the nation.

“I need also to add here, about the 51:49%, we abandoned it precisely for this reason. It was not well thought, to say an investor can bring $100 million and an individual overnight claims a 51% stake of it,” Chinamasa said.

Zanu PF said it was working on a new document which would allow 90% of the economy to be in the hands of Zimbabweans and, instead, act on empowering communities as opposed to individuals.

“As the document will explain, we are going to be empowering communities, not individuals. We cannot just get an individual who says ‘I am already 51% richer’ in an investment which has come into a country. If you are paying something, no problem,” Chinamasa said.

The indigenisation policy caused a stir in Mugabe’s government, with Chinamasa and then minister Patrick Zhuwao clashing over implementation of the policy.

It was seen as one of the major reasons why foreign direct investment fled to safer destinations as investors either sold their stock or steered clear of Zimbabwe fearing they would fall foul to the law.

Chinamasa claimed most of those bad laws were being imposed unconstitutionally on government by the G40 faction fronted by then First Lady Grace Mugabe.

“Members of Cabinet who were G40 decided to take advantage of the advancement in age of the former President, and were reporting directly to the former First Lady in Mazowe, where decisions of Cabinet would be reversed. Now that is a serious onslaught on a national Constitution,” Chinamasa said.

Grace, according to Chinamasa, became a de facto President, pulling all the strings in Mugabe’s government and reducing Cabinet ministers to mere figureheads.

“That you have people outside who are not the President, totally usurping Executive powers to make decisions of an executive nature, then you have a person like (Saviour) Kasukuwere talking about constitutionalism. I think it was in the public glare that Kasukuwere and his friends in Cabinet were hanging on very strongly determinedly to the apron strings of the former First Lady and the skirts. What constitutionalism did he find there on the aprons of Grace Mugabe’s skirts?” he asked rhetorically.

Grace once publicly told party supporters that she used to give orders to Mugabe’s deputies — Mnangagwa and Phelekezela Mphoko.