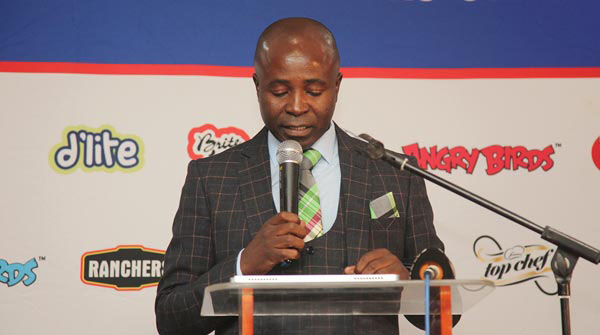 Government should increase support for the productive sector to contain the influx of imported cheap counterfeit products during the festive season largely due to traders taking advantage of the economic challenges being faced, officials have warned.

Confederation of Zimbabwe Retailers (CRZ) president Mr Denford Mutashu, said there was a possibility of proliferation of substandard imported goods during the festive season most of which would be sold on the informal market for cash.

This, analysts say, would negatively impact the profitability of formal businesses.

“We are expecting an influx of imported products that will find their way into the country through various ways. Some of which are “no name” products as well as fake products that are fuelling the rise of tuck shops throughout the country. The danger is that the formal market will not recover in terms of market share and our efforts towards industrialisation will be delayed.

“The country has become a safe haven for fake imported goods without any jurisdiction as to the source and safety of those products,” he said.

Mr Mutashu said most consumers would be forced to buy the substandard imported products due to their low prices albeit risking their health.

“The general public would rather go for the cheapest and most affordable goods such as cooking oil, rice and soap that they can find in the market and this exposes the population to greater health risks in the future,” he said.

Mr Mutashu said there was a need for the Government to support the manufacturing sector to boost production ahead of the festive season so as to increase volumes of locally manufactured goods.

“We believe that there is still a lot that requires to be done in terms of supporting the productive sector, especially manufacturers and suppliers of basic commodities ahead of the festive season. The absence of that support will certainly result in increased influx of imports including fake products,” said Mr Mutashu.

Industry and Commerce Minister Mangaliso Nqobizitha Ndlovu said the presence of substandard imported goods in the county was largely due to the existence of well-orchestrated smuggling syndicates.

“Our borders are porous, which is why I’m of the view that if ever we have smuggled low quality products being sold in shops, law enforcement agents should move in to check where those goods are procured. They should not only react when there has been a formal complaint raised,” he said.

He added that the influx of imported products was due to a myriad of challenges being faced by local manufacturers.

“The challenge is that there is inadequate supply from our manufacturing sector due to issues such as the shortage of foreign currency to procure raw materials and we are still improving in terms of power supply. So, all these things have affected our production levels and the alternative is importation, but not everyone can import through formal channels because of tariffs and that is the issue that we are confronted with,” he said.

Standards Association of Zimbabwe (SAZ) director-certification service Mr Sebastian Zuze , said the national standards body would soon enhance its surveillance and monitoring mechanisms in anticipation of an influx of substandard goods finding their way into the country during the festive season.

“We are expecting to see an increase of counterfeit and substandard goods, which are produced across the globe whereby manufacturers are cutting corners with regards to ingredients requirements or processes and this is why we will be increasing our surveillance by going into shops and checking these goods. We will also engage manufacturers as well as consumers. Other relevant stakeholders should also increase their game in preparation for the festive season,” said Mr Zuze.