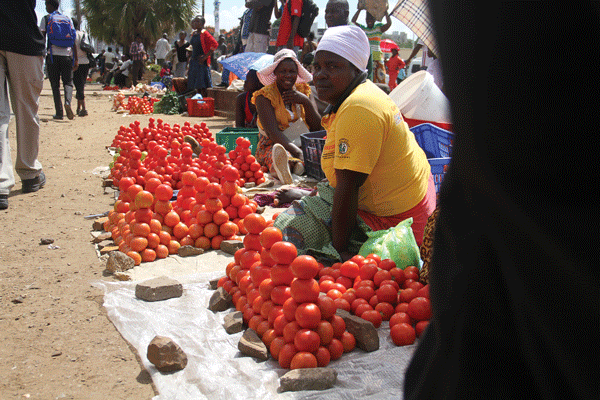 INFORMAL traders in Bulawayo yesterday celebrated the lifting of a ban on their business operations by the government, saying this was long overdue as the country was highly informalised and people needed to survive.

Informal traders have been pleading with government to allow them to operate under World Health Organisation (WHO)-stipulated guidelines aimed at curbing the spread of the virus.

They said they would follow WHO regulations which include sanitisation and observing social distancing at their marketplaces.

Since January, government has imposed a level four COVID-19 lockdown which has now clocked more than 50 days, but vendors have often defied the measures and “flooded” the streets of Bulawayo to make a living in the face of a harsh economic climate.

On Monday, President Emmerson Mnangagwa further extended the lockdown by two weeks, but relaxed it to allow the informal sector to operate as long as it observes WHO guidelines.

Bulawayo Vendors and Traders’ Association (BVTA) director Michael Ndiweni said the development fell within “what we called placing livelihoods at the centre of enforcement of COVID-19 measures”.

“It was indeed long overdue to balance livelihoods and enforcement. We continue to call for a holistic approach in mitigating the spread of the virus,” Ndiweni said yesterday.

“As BVTA, we have already handed over hundreds of sanitisers, thousands of masks, hand-washing water dispensers, gave Bulawayo City Council (BCC) roadline paint to mark trading bays to conform to physical distancing, recruited and deployed market bailiffs to monitor and raise awareness on ways to reduce the spread of the virus.”

Government banned informal trading during the initial phase of the lockdown last year.

This resulted in vending stalls being destroyed in most urban areas to discourage traders from operating.

Authorities claimed that destroying vending stalls was part of a campaign to clean and renovate workspaces occupied by informal traders.

Government promised a cushioning allowance for informal traders.  However, they did not receive it, leaving them financially drained.

“We still insist on a cushioning package to bridge the impact and shocks of the lockdown on vendors and informal traders,” Ndiweni said.

“We are going to urgently distribute more materials to support informal traders and address the cost of compliance in the interim, as well as aid them to comply with COVID-19 protocols. These will include thermometers for use in enclosed markets.”