Innovator who brought his ideas home 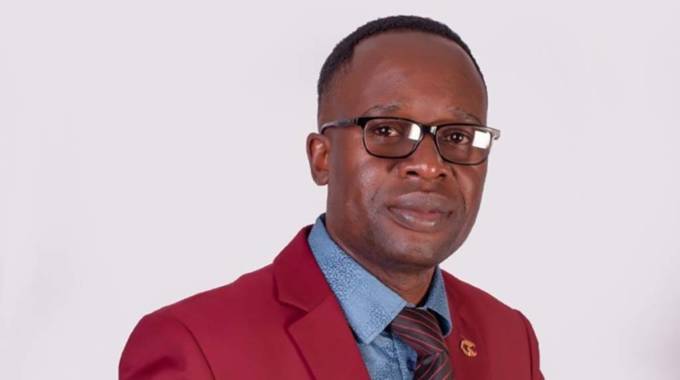 DR Talon Garikayi’s name may not elicit immediate resonance at first mention but many Zimbabweans have in one way or the other interacted with products of his ingenuity.

He is the man who has been bringing varied solutions to challenges faced by the public sector in Zimbabwe, albeit quietly.

The ZUPCO Tap Card system, CMED’s fuel management system and the Reserve Bank of Zimbabwe’s Bureau De Change Management system bear credits to his name, among many other projects.

At 36, Dr Garikayi was on May 1 appointed Pro-Vice Chancellor in charge of Research, Innovation and Development of the Harare Institute of Technology.

This makes him one of the youngest people to ever hold the position.

“I did my primary at Gombakomba Primary School in Mutare, my secondary at Mucheke High School in Masvingo and my A-Level at Mutendi High School. I then enrolled at Chinhoyi University of Technology (CUT) for my first degree in Mechatronics,” he told The Sunday Mail in an interview.

He was among the first few who elected to study Mechatronics, which was at the time uncharted territory.

“At CUT we were the second class of Mechatronic Engineers. It was a very tough qualification, because with Mechatronics you have to cover Mechanical Engineering, Information Technology and Computer Science so it is an all-in-one qualification. For you to graduate you have to pass the four strands,” he explained.

The multidisciplinary nature of his degree would later on in life allow him to lead projects in software development, mechanical engineering and systems design with ease.

Dr Garikayi proceeded to the National University of Science and Technology (NUST), where he graduated with a Masters in Manufacturing Engineering from NUST in 2012.

He enrolled for his Mechatronics PhD at Stellenbosch University in 2015, which he completed in three years.

Despite paying priority to academic progression, Dr Garikayi did not negate the practical aspect of his profession.

“I worked at Steelmakers (Masvingo), starting as an apprentice, but by the time I left I was the automation manager. The major project I worked on there was the automated continuous casting system building and installation to which I was a Senior Automation Engineer responsible for design, installation and commissioning. The project was meant to increase efficiency and it achieved that,” said Dr Garikayi.

From 2010 to 2013, he lectured at Chinhoyi University of Technology (CUT), before leaving to work for Ford South Africa.

“At Ford Motor Industry in Pretoria, I was the Robotic Engineer, a role which allowed me to do my PhD contact training under Stellenbosch University. I oversaw the installation of the first painting robotic line in 2017 as well as the design and development of an automated heating system for painted cars,” said Dr Garikayi.

Between 2017 and 2018, he was a research fellow at the Hassel Platter Institute as a PhD Research Fellow under Stellenbosch University.

After completing his PhD in 2017, Dr Garikayi had an epiphany which saw him pack his bags for home.

“I looked at the work I had done, as a consultant and an employee and realised that I was expending my energy building other people’s countries yet my home could use my intellect,” he said.

He successfully applied for a job as Harare Institute of Technology’s Director responsible for Technology Transfer, Licensing and Commercialisation.

This meant that he was in charge of ensuring that the university, which primarily focuses on technology, earns some money from the knowledge it creates.

His appointment coincided with the pursuit of Education 5.0 in which institutions of higher learning were compelled to bring tangible solutions to the country’s challenges.

He explained one of the earliest projects they undertook at HIT.

From the time he conceptualised the idea to its execution, it took them two years of thorough market research from 2018 to 2020.

The patience paid off, as it allowed them to come up with a solution which has over time proven its worth.

“We collaborated with NMB Bank as our financing partner and the system is moving $600 million per month, which is our average revenue.

“The lowest we have moved is $18 million per day and that is the cash which was supposed to exchange hands for people to commute,” said Dr Garikayi.

He is also the brains behind the National Fuel Management System.

“In consultation with ZERA, we developed a system it gives them the ability to know the amount of fuel in every town at any time, it also allows them to know the contamination level. This deals against hoarding where fuel players may manipulate quantities for speculation,” he said.

The country has been losing millions to vandalism of electrical infrastructure and Dr Garikayi has been leading the fight back to keep lights on.

“We saw a loophole, where Zesa Enterprises (ZENT) was manufacturing transformers but they were doing so under an Indian supplier. They were, however, not doing repairs. So we started repairing the transformers, studied their make-up and now we are manufacturing our own transformers from household scale to industrial,” said Dr Garikayi.

The project has earned HIT over $3 million.

Other projects that he has worked on include the Electronic Healthcare Records System for the Ministry of Health and Child Care, the Rural Electrification Agency Transformer Repairs Project and Local Authorities Database System development among others.

All the projects are being done under HIT, and Dr Garikayi has overseen the formulation of 19 start-up companies.

Four of them, including Matsimba, have already started realising profits by getting consistent commercial projects.

With his new role as the Pro Vice Chancellor, he says he will continue to follow that path, with a bigger picture in mind.

“I have always wanted to see the start-ups standing on their own feet so this is a chance for me to give the conceptual guidance that they may implement.

“Of course, here and there I will be joining to do the heavy lifting as it is my passion,” said Dr Garikayi.

This summer cropping season, he had maize under 100 hectares on a farm he rents in Banket.

He also sits on the ZUPCO, Public Service Commission and Confederation of Zimbabwe Industries (CZI) boards.

A patriot, Dr Garikayi says he is willing to give his all and contribute to the national vision of becoming an upper-middle income country by 2030.

“I am driven by the circumstances I came across living in the ghetto.

Newer Post
Maize deliveries exceed targets. . . 56 000 tonnes delivered in three weeks
Older Post
Why are Christians some of the most unChristian people in this world?