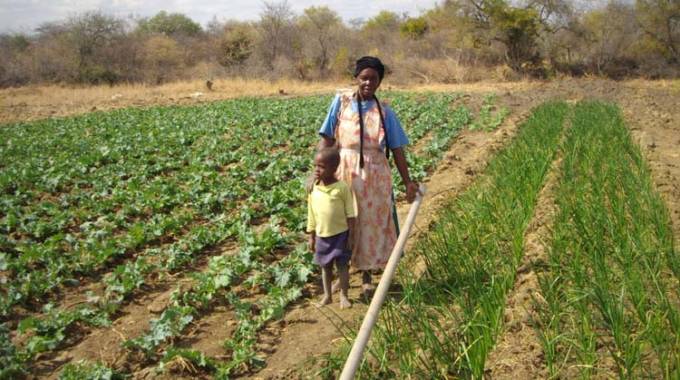 CHIMURENGA, in all its installations was a war for land. The history behind the liberation war and the fight for independence was rooted in the deprivation of a resource, indigenes had known as infinite and abundant.

It is, therefore, a cause for celebration, that Zimbabwe is arguably the only country in the world that has successfully managed to achieve a comprehensive land reform programme post colonisation. Other countries can only marvel at the tea-pot-shaped nation’s revolutionary achievements.

At last week`s Post-Cabinet briefing, Information, Publicity and Broadcasting Services Minister Monica Mutsvangwa announced that this year’s independence theme is; ‘Zim@41-Together, Growing our Economy for a Prosperous, Resilient and Inclusive Society.’ The theme speaks to the national mood, where people from different backgrounds are in search of opportunities through agriculture.

The numbers signal the continued interest in agriculture, a prospect which has received positive interpretations from observers.

There has been a buzz with youthful farmers using the internet to rally each other to try venturing into agriculture. One of the leading voices is Mhondoro based Terrence Maphosa who has framed himself as the face of the new age agricultural revolution. His passion for land underlines how the true meaning of Independence is reverberating among the young people. It also underscores how the revolution is regenerating.

In an interview with The Sunday Mail, Youth In Agriculture Apex Board national chairperson  Mr John Muchenje called for the prioritisation of young people when the Government starts dealing with the applications.

“Most young people who are into farming do not have offer letters for the land they are using, they are either leasing or using their parents’ land. About 60 percent of people who are in agriculture are below 40, this means when land reform happened they were too young to participate. Our plea to the Government, like the President said that priority will be given to women and youth is that we would like about 60 percent of the available land to be given to the youth,” he said.

Muchenje suggested that half of the land set to be given to young people should be equitably distributed to men and women.

“Land should be availed to young people who have capacity to produce. We have young people who are leasing underutilised land and they should be given priority when the land becomes available. Proof of production like GMB receipts and lease agreements should form the criteria used in making decisions on who gets land first,” said Mr Muchenje , calling for transparency in the allocation of farms.

Land is finite, it is unlikely that all the 200 000 applicants will get farms.

Women also believe they should be given precedence. Women in Agriculture Union national chairperson, Ms Olga Nhari said they want access to resources to be reflective of the collective contribution of women to the country’s agricultural productivity.

“Statistics are saying women are the backbone of agriculture, they make 70 percent of the labour force. So, who should we prioritise when it comes to allocation of land? We did profiling of women farmers, the work they are doing is remarkable but almost 80 percent of the women we engaged are either using family farms, are renting or are using their spouses’ land. Women as the drivers of agricultural productivity should be given priority when land is distributed,” she said.

Zimbabwe is expecting a bumper harvest of more than 2 million metric tonnes of maize and other traditional grains this season.

With the interest citizens are showing in productive agriculture, the country looks set to return to days of food self-sufficiency as the new breed of farmers are finding ways to navigate impediments to production.

In pre-colonial life, men were born to inherit land from their forefathers through processes as natural as breathing itself.

Then those who play ‘god’ came, reorganising the custodians of the resource, sending them to lands on which productive output was considered a miracle.

Naturally, a response from the owners of the land was expected and followed.

Perhaps an episode which captures the vulgarity of the displacements by the settlers can be revisited, for history’s sake.

In 1966, when Rekayi Tangwena, who had just assumed a role as the Chief of the Tangwena people in Nyanga Manicaland went to his area District Commissioner to notify them of his ascendancy, he was met by a shocker.

He was told he could not be Chief, because the land he was supposed to be presiding over, belonged to a white farmer called William Hanmer.

Chief Tangwena could not understand how a routine update, had brought to him such an unexpected revelation and he vowed to fight it with all he could access.

Attempts to elevate his arguments within the Rhodesian administrative system only amounted to frustrations for Chief Tangwena.

It also ushered him towards the genesis of the biggest fight he was to face.

Firstly Chief Tangwena was stripped of his traditional garb and the so-called land owner William Hanmer moved in to evict Chief Tangwena and his people from their land of ancestry.

In the same year, 1966, Chief Tangwena and his people were served with an eviction notice.

According to reports, Chief Tangwena and his people were offered land elsewhere but the sentimental value and principle could not allow him to agree.

Chief Tangwena defended himself in court, where he refused claims that he was a squatter.

On September 18, 1969 Chief Tangwena’s family was violently evicted from the land with some of the people beaten and injured by the Rhodesian Police.

The Chief and his people fought back, from the forests to mark the beginning of what is now known as the Second Chimurenga.

It was that yearning for ownership, and access to fertile land that informed the birth of the struggle.

Fast forward to 2021, there is a national epiphany among the youth. With professions of tradition proving to be disillusioning for the children of the soil, many are venturing into farming.

Using land left by their fathers and sometimes leasing, the recent Zimbabwean agriculture story is a tale only poets can capture. It is a reflection of how the land reform programme has given the true meaning of Uhuru.