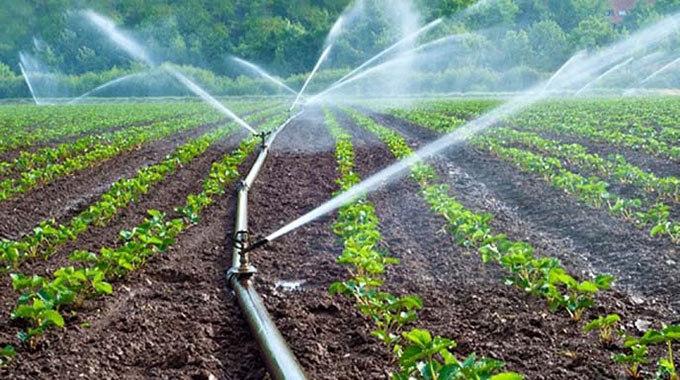 Sifelani Tsiko Senior Writer
When the Food and Agriculture Organisation of the United Nations (FAO) Southern Africa Region (SFS) held a multidisciplinary team meeting this week, one major issue of concern was the need to promote the growth of irrigation as an instrument to fight hunger and poverty as well as scaling efforts to prepare for the looming 2018-2019 drought.

All participants agreed that the entire Southern African region needed to speed up efforts to promote various types of irrigation system to tackle water scarcity problems and prepare our farmers to cope with droughts.

The new FAO sub-regional coordinator for Southern Africa, Dr Patrick Kormawa, pointed out one of the region’s major weaknesses was in harnessing irrigation as a strategic way to achieve food security, create wealth and prosperity for its citizens.

He was blunt about it: “This is unacceptable for a region that relies on cereals, particularly maize given the crop’s sensitivity to dry spells.”

The meeting was held under the theme: “Enhancing results delivery and partnerships to end hunger in Africa”.

Zimbabwe and the entire Southern Africa region knows that drought poses a serious threat to farmers’ livelihoods and the region’s national food security. It is about time that our governments step up efforts to promote irrigation in regions with abundant water from rivers, streams and dams to ensure food security.

Irrigation plays a key role in agricultural production, but quite often it is given lip-service because practical steps are not taken to unlock the potential in irrigation farming.

They urge African governments to prioritise small-scale irrigation schemes and other forms of agricultural water management strategies that are critical in building resilience to problems that come with climate change.

Zimbabwe, just like most other African countries, is endowed with abundant water resources that are, however, unevenly distributed across the country.

Most areas in Zimbabwe and across the region are becoming highly vulnerable to climate change and farmers across this region increasingly need to rely more on climate change adaptation options such as irrigation to survive.

The frequency of dry spells and significant climate events such as droughts are hitting smallholders more frequently and there is an urgent need to adopt irrigation techniques.

It can enable farmers to achieve more reliable, profitable and sustainable production, increase their resilience and their livelihoods.

In this light, small-scale irrigation is a useful strategy that can promote rural food security, poverty alleviation and adaptation to climate change.

With inadequate and erratic distribution of rainfall, the Government and agriculture experts all agree that the development of irrigation is key to unlocking the country’s agricultural potential.

Irrigation will also encourage crop diversification among farmers because they will be able to grow different crops throughout the year to boost their incomes.

For instance, many farmers will become less dependent on rain-fed crops and grow more fruits and vegetables to cut down on imported agricultural produce.

Irrigation will further promote the production of high value plants such as flowers and other horticultural crops that can help earn the country more forex.

This means that when there is a drought, there is no production on smallholder farm lands, forcing people to rely on costly imports or handouts from humanitarian agencies.

Investments in pipes, solar water pumps and canals that help water flow to dry areas, and in other large-scale multi-purpose dams that provide water and control flooding, can help bring relief to drought-prone regions.