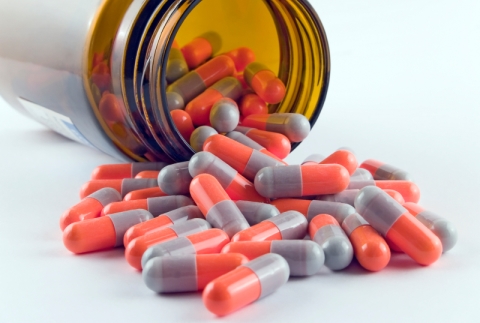 Speaking before Parliament’s Health and Child Care Committee yesterday  Mahlangu revealed that MCAZ continues to license few locally-manufactured medicines even though they have reduced registration fees for local companies to register with the regulator.

“The majority of 249 medicines that we registered in 2018 are for infectious diseases followed by heart and BP medicines, then miscellaneous then ARVs, cancer, pain control, digestive system, brain and nervous system

“Of the 249 registered in 2018, 96 percent where imported from outside and outside Sadc, two percent came from Sadc countries only and two percent were locally produced,” she said.
While the committee quizzed Mahlangu as to what was causing the low registrations and applications by locals, the MCAZ boss said that there is lack of innovative research in the country citing the current economic challenges.

As an independent regulatory authority, MCAZ issues out licences and carries out quality control of medicines and medical testing devices before they are rolled out to the market. “The registration fees for locals are even lower than international applications…”
“In 2018 only four products were received from local manufacturers,” Mahlangu added.

She further noted that this was also despite the measures instituted to promote ease of business, speeding the review and issuance of licences by the regulator. Zimbabwe’s pharmaceutical sector has not been developing significantly owing to low capital and investment.
Coupled with this, the sector which relies largely on imports has been failing to meet local demand for medicine owing to shortages foreign currency in the country.

Medicine accounts for a big chunk of Zimbabwe’s import bill.
An estimation of US$85 million is needed to procure medicines annually. Mahlangu revealed that 1 443 import permits were issued in 2018 an enormous difference from 95 export permits issued in the same year.

This means that Zimbabwe’s import bill continues to mount above the export bill. The independent medicines regulator in the same period also licensed more than 700 pharmacies, about 100 wholesale dealers and less than 20 manufacturers.

Local manufacturers on the other hand have been incapacitated by the economic marsh which has lasted for almost two decades causing the pharmaceutical industry to lag behind Coupled with this, MCAZ revealed that the number of institutions applying for licences has also declined from about 1089 in 2017 to 507 in 2018.

Apart from that, MCAZ also recorded a sharp increase in the number of Section 75 applications for prescriptions for “medicines from other sources” – these may be medicines not necessarily registered under MCAZ. Mahlangu also revealed that over 10 000 prescriptions had knocked their doorstep for licensing mainly owed to the drug shortages in the country.

“Our traditional medical practitioners do not seem keen to bring their medicine for registrations. “We now have a new avenue, a new regulation that relates to complementary medicines, so they would fall under complementary medicines,” she said.
She, however, highlighted that at least one traditional medicine manufacturer who was licensed last month under the Complementary Medicines regulation is set to attract more to register.

On Aguma, the herbal supplement which Walter Magaya claims has medicinal properties against cancer, HIV and Aids Mahlangu said: “Aguma did not come through us, it came through the back door.
“Apparently it’s from a root that is indigenous to the country but the studies, the prophet claims were done elsewhere, he hasn’t given us the studies yet so we are still waiting, but we were involved in that whole saga because obviously he was making claims on a product that had not been tested.”