Simmons claimed he had a 70% stake in the firm which he single-handedly funded while fellow shareholders Barbara Mutambanengwe and lawyer Munyaradzi Nzarayapenga had 25% and 5% shares, respectively. 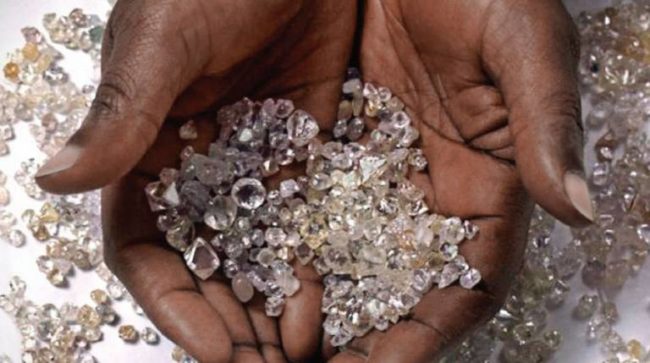 The seed capital, Simmons said, was disbursed through Dube-Banda and Nzarayapenga’s law firm. He told NewsDay Weekender that the two were now plotting to elbow him out of the company by holding on to his share certificate and denying him access to the firm’s financial records and premises.

“I first released US$400 000 and later US$200 000 — funds I disbursed through Dube-Banda Nzarayapenga Attorney’s trust account and have documents to prove that. The money paid in 2015 was a loan to Ke Nako meant to be paid back to me,” said Simmons, adding he was yet to receive the refund.

He said he formed the company on the advice of his long-time friend and lawyer Nzarayapenga who had now allegedly ganged up with Mutambanengwe to push him out by blackmailing and denying him access to the firm.

“I am in the dark and don’t know what is happening. I have a right to be informed of the developments, the performance of the company but I have been shut out and even banned from the company premises,” said Simmons.

“It has been a nightmare to imagine you invested over US $600 000 and for five years you receive nothing for your investment. It is like flushing money down the drain. What makes it worse is the fact that Ke Nako is currently trading and being paid in US dollars for cleaning diamonds, but is unable to repay even one cent of the money I invested.”

A source at the Minerals Marketing Authority of Zimbabwe confirmed Ke Nako was engaged by government to clean diamonds and has been receiving its payment for the services in US dollars.
Simmons’ accountant, Barry Knight said proper corporate governance had not been observed at Ke Nako.

“Statutory meetings were not held and little to no financial reporting was made to Mr Simmons. It appeared that Mr Simmons’ rights as a majority shareholder were completely ignored by Nzarayapenga and Mutambanengwe who ran the company as their personal property,” said Knight.

Simmons said his new lawyers at Mutuso, Taruvinga and Mhiribidi’s efforts to organise an urgent shareholders’ meeting was being resisted by his partners who also allegedly refused to release his share certificate.

But in separate interviews, Nzarayapenga and Mutambanengwe accused Simmons of pushing to “take over” their firm.Nzarayapenga claimed Simmons had opted out of the company and offered his shares for US$200 000, although he admitted they had not paid him.

“I think you are trying too hard to please your master Simmons, you are now seeing shadows everywhere. You are hell bent on tarnishing my name, you are willing to lie about my alleged communication with Rebecca Siziba. For the record, I have never spoken with her at all. You are just slandering me,” Nzarayapenga said.

Quizzed on why he held on to Simmons’ share certificate, Nzarayapenga said: “Again this amply demonstrates that you are out to please your paymaster Simmons at the expense of the truth.”

Mutambanengwe said Simmons was being misled by conmen.

“All I can tell you now is, Martin is a liar, he will not take away my company like he has done to at least four other women,” she said.

“He comes in sheep’s clothing like he is giving someone a loan, then turns around and steals from that person. I am a woman yes and I will fight for what I know belongs to me,” she said.

Mutambanengwe further accused Simmons of seeking to drive her into illegal diamond deals.

Asked to explain how they had used the US$600 000 loan received from Simmons, she said: “Nzarayapenga was supposed to give you the breakdown because he and Barry (Knight) managed it. We bought equipment, renovated the Ke Nako laboratory, travelled to India, sought and furnished offices, salaries etcetera. The amount of diamonds we then received was far less than the projected numbers.”