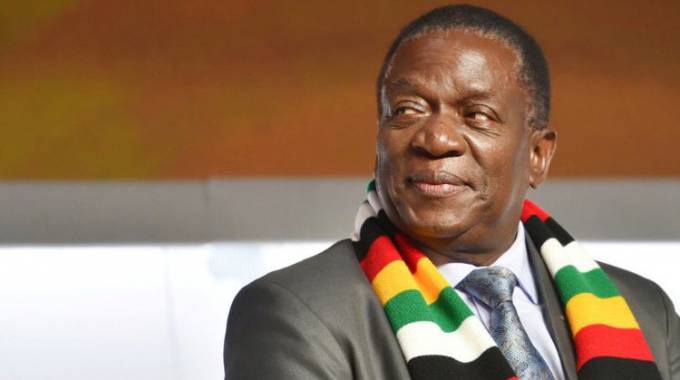 Several global investors made a beeline to meet President Emmerson Mnangagwa on the sidelines of the just-ended Tokyo International Conference on African Development (TICAD) summit, representing heightened interest in the country as a viable investment destination.

President Mnangagwa met Mr Osamu Kanetake, the director of the Export Trading Group (ETG), which is one of the fastest growing integrated agricultural supply chain groups in the world.

Following his meeting with the President, Mr Kanetake said, “We are present in Zimbabwe, operating in the agriculture and food sector. We sell agricultural inputs to farmers and we source the foods from the farmers and export it for Zimbabwe.

“We are quite interested in increasing our activities in Zimbabwe and to help the agri-economy in Zimbabwe,” he said.

“I understand that Zimbabwe is going through a transition, the country is very rich in natural resources. It has highly intellectual people. So for ETG, it is an area that we are going to continue operating in and expand our activities.”

President of the Association of African Economy and Development Japan (AFRECO), Mr Tetsuro Yano also met the Head of State and Government.

Mr Yano is Japan’s former Vice Minister of Foreign Affairs. He has used his diplomatic experience to facilitate trade and investment deals with Africa countries.

He said his meeting with President Mnangagwa had convinced him to visit Zimbabwe as soon as possible, to immediately start implementing possible investment projects.

“I feel that I have to pay a visit to Zimbabwe as soon as possible to discuss infrastructure establishment.

“The President informed me that the bilateral discussions with Prime Minister Abe were very fruitful.”

“We have an irrigation project, Nyakomba, and the road improvement project in the north to south corridor. These projects are underway. Zimbabwe is very rich in agriculture resources and I am very grateful to be cooperating in these areas.”

He said JICA is willing to extend loans to Zimbabwe.

“During the meeting, I also said under the very strong leadership of the President, we are hopeful that your country can normalise relations with the IMF and the World Bank. It will be very good for us to provide loans in future.”

“We were able to set a firm direction for becoming Africa’s partner, the continent is developing dynamically,” he said.

With the exception of Sudan, 53 African countries were represented at TICAD.

The TICAD declaration, which was issued at the end of the summit, advocated for Japan to assist African countries by shifting from government aid to promoting private-sector investment.

It also called for quality infrastructure investment in Africa and reaffirmed the need for urgent reform of United Nations organisations, including the UN Security Council.

An African country will host the next TICAD meeting in 2022.

Speaking to Zimbabwean journalists in Japan on Friday, President Mnangagwa said TICAD is a boon for the country.

“It was critically important for Zimbabwe to participate at TICAD. We are going to benefit from TICAD (financially). The initial amount is about US$20 billion, which has been put on the table by Japan, with the possibilities of that amount being increased.

“It is up to the individual member states of the AU to put up various projects. For Zimbabwe, we already have promises of support in various areas.

“In particular, in my discussions with the Prime Minister of Japan, he said Japan is willing to look at supporting us in the modernisation and mechanisation of our agriculture and the development of our infrastructure.

“All these things could not have come to us if we had not come here. Our presence here has opened many doors for us.”