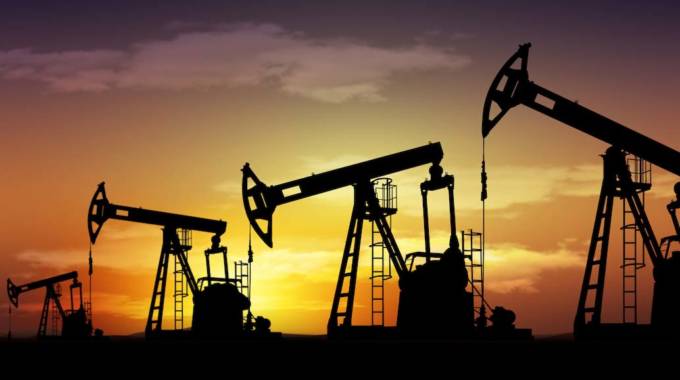 INVICTUS Energy says it will invest between US$15 million and US$30 million towards drilling at least one oil and gas exploration well, likely before end of year, chairman Joe Mutizwa has said.

Speaking during the signing of the Petroleum Exploration Development and Production Agreement (PEDPA) at State House on Friday, Mr Mutizwa said there was potential to discover commercial quantities of oil and gas in the Cahora Bassa Basin.

The forward work consists of acquiring additional 2D seismic data in the licence area to provide better subsurface imaging to guide the drill targets and then drilling at least one oil and gas exploration well,” he said.

Mr Mutizwa told delegates at the launch, including President Mnangagwa, Vice President Constantino Chiwenga and Mines and Mining Development Minister Winston Chitando that Invictus has invested over US$4 million towards efforts to discover oil and gas.

“The sub-surface studies integrating these data sets has revealed significant potential in the licence area, particularly the Muzarabani prospect, which has been independently estimated to contain 8,2 trillion cubic feet and 247 million barrels of conventional gas condensate (light oil and one of the largest conventional oil and gas targets globally,” Mr Mutizwa said.

The area being explored by Invictus was previously explored by Mobil in the early 1990s, stretching from Victoria Falls to the eastern border with Mozambique with Invictus being the only entity to do so since Mobil.

President Mnangagwa said Zimbabwe was excited at the prospect of successful oil and gas discovery, which will bring significant benefits that include energy self-sufficiency, employment creation, petro-chemicals and LPG gas production.

Recently Invictus in accordance with the requirements of rules for listed firms in Australia,  has  requested a trading halt of its shares, pending announcement of the PEDPA.

“The company is expecting to announce an update to the market on or prior to the commencement of trading on 29 March 2021,” Invictus said in a statement.

This comes after Invictus last week received firm commitments from new and existing shareholders and institutional investors to raise circa US$10 million for exploration, working capital and procurement of long lead equipment for test well drilling, targeted around October.

And towards the end of last year, the Australia Stock Exchange (ASX) listed firm received a non-binding offer for a farm-in agreement to the Cahorra Bassa area, encompassing the Muzarabani prospect.

The PEDPA with the Government provides the framework for progression and development of the oil and gas project, terms and rights of all parties, including each party’s entitled share of the product, assuming commercial discovery.

The PEDPA between Geo Associates, the controlling shareholder in Invictus, and the Government of Zimbabwe, was reviewed and approved by an Inter-Ministerial Committee established by the Government. The PEDPA provides the framework for progression of the Cahora Bassa (Muzarabani) project through the exploration, appraisal, development and production phases and obligations and rights of each party over the project life cycle.

Invictus said, earlier, the farm-in offer for the proposed transaction was subject to completion of further technical, legal and commercial due diligence by both parties.

Further, it was also awaiting approval and agreement by the Government and execution of binding farm out agreement(s).

Typically, the owner of an interest in a tenement (farmor) agrees to transfer a percentage of their interest to another party (farmee) if the farmee meets specified exploration commitments or contributes a defined level of expenditure towards exploration activities.

Invictus is working on a petroleum product sharing agreement (PPSA), containing the fiscal provisions of the project.

This includes the Republic of Zimbabwe’s profit/product share, and will take effect after the commencement of the production phase of the oil/gas project.

Invictus said earlier that the PPSA was undergoing independent review, which was expected to be completed early in the first quarter this year, following which the PPSA would be finalised and executed.

Together, the PEDPA and PPSA form the Production Sharing Agreement (PSA) between Zimbabwe and Geo Associates and, Invictus said, demonstrates the Government’s commitment to implementing investor friendly reforms and promoting and protecting foreign investment.

The PSA will ensure that a predictable, stable and transparent legal and fiscal regime is put in place, that is commensurate with terms in the region, follows international best industry practice, meets the country’s aspirations and provides investors and the country with a fair share of any developed resources.

Invictus said following the completion of the field reconnaissance programme in Muzarabani and receipt of submissions from multiple vendors, the company had selected its preferred contractor to undertake a seismic acquisition campaign in 2021.

The company planned to start detailed planning post formal contract award to enable the acquisition campaign to commence after the conclusion of the rainy season.

Invictus is planning to acquire a minimum of 400km line of 2D seismic, which exceeds the work programme obligations for the current (2nd) exploration period.

Its asset portfolio consists of a highly prospective 250 000 acres within the Cahora Bassa Basin in Zimbabwe.