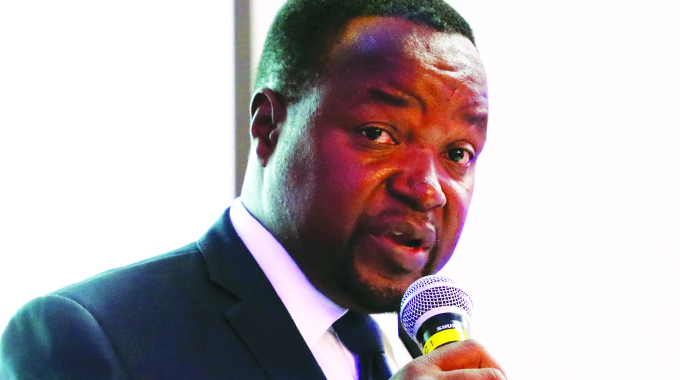 Oliver Kazunga Bulawayo Bureau
Businesses in the insurance industry that fail or delay paying out claims of admitted liabilities under any policies risk having their operating licences cancelled as stipulated at law, according to the Insurance and Pensions Commission (IPEC) acting commissioner Mr Blessmore Kazengura.

He revealed this during the inaugural insurance awards held at a local hotel in Bulawayo on Wednesday night. The event was organised by the Zimpapers Group through its business units, Business Weekly and BoldAds, with a view to honour excellence in service provision by the players in the sector.

Mr Kazengura, who was the guest of honour at the awards ceremony, said IPEC has noted with concern the practice by some insurance companies that unjustifiably repudiate claims or take months or long periods to settle submitted claims or even stagger payments.

“And in some extreme cases, some insurance companies have taken long periods to settle payments as little as RTGS$2  000. The commission will not hesitate to prescribe a time frame within which claims should be settled if the problem remains unabated,” he said.

“Let me also take this opportunity to remind insurers that section 22 of the Insurance Act (Chapter 24:07) provides for cancellation of insurance licence on the basis of an insurer’s failure to meet full value of admitted liability under any policies.

“Therefore, the commissioner will simply cancel licences on the basis of failure to settle admitted claims within reasonable time frames.”

Mr Kazengura noted that insurance companies were as good as their claim settlement record. He said those that pay claims timely will get more client referrals while those that were disreputable for delays in settlement would face operational viability or de-registration by the regulator.

“Delays in payment of claims is becoming a thing of the past as the Commission will not hesitate to suspend or cancel licences of problematic institutions when it comes to timely settlement of claims.

“Insurance business involves selling a promise hence the need to live by the expectation to retain consumer confidence,” said Mr Kazengura, adding that it was important for insurers to live by their primary business of paying claims and not asset or wealth accumulation on the part of the shareholders.

He also underscored the need for insurers to ensure the sector regains consumer confidence following legacy challenges that continue to dent the good image of the industry.

“Often times, consumers of insurance products have misconceptions regarding the insurance service providers.

He said while there could be a few bad apples in the industry, the negative impact of their bad customer care overshadows the good work being done by the majority of insurers.

“As such, I challenge you (delegates) to demystify such misconceptions through consumer education and living by the promises,” said Mr Kazengura.

He hailed Zimpapers for introducing insurance excellence awards saying the honour speaks to one of IPEC’s three pillars of regulation and supervision, which is mainly the market conduct supervision.

Mr Kazengura challenged insurers to provide consumers with clear information regarding a product its features, terms and conditions and consumers should be kept appropriately informed before, during and after buying a product or a service. Consumers should not face unreasonable post sales barriers imposed by firms whenever they want to change a product, he said.

Earlier in her address, Association of Healthcare Funders of Zimbabwe chief executive officer Ms Shylet Sanyanga, said medical aid societies have over the years complemented Government efforts by looking after the health needs of the country’s workforce and their immediate families.