Is another global recession on the horizon?

Source: Is another global recession on the horizon? | Herald (Business) 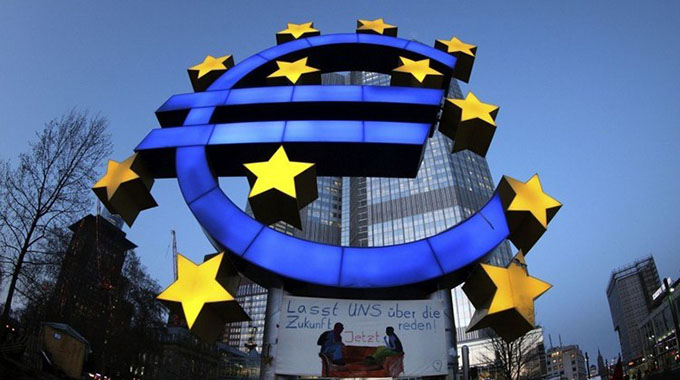 Germany is the backbone of the EU — if it crumbles, a collapse of the entire bloc is possible

Is another global recession about to unfold? Possibly. Recessions have been known to be sequential. In this case, a nine-year sequence.

This time, I suspect it will be kicked off by events taking place in the eurozone. In particular, Germany.

Firstly, Europe’s powerful economy has stagnated since the beginning of the year and its industrial sector remains the most affected by the US-China trade war and uncertainty over Brexit. In September the German central bank warned of a shrinking economy and increasing probabilities of a recession — the first since 2013.

Secondly, the German manufacturing sector, which accounts for 20 percent of its GDP, fell below the 50 percent mark of the Purchasing Managers’ Index, while the automotive sector dropped by 18 percent.

Moreover, it lacks the political will to stimulate domestic consumption.

The rise of populist protectionist stances by China and the US means Germany may struggle to find other economies that can absorb its production.

Thirdly, economic data coming out of Germany points to an economy already in recession. Economic output decreased in Q2 and industrial orders have continued to drop well into Q3.

A manufacturing slump has driven the economy into a recession. Unlike China, which has over time managed to stimulate domestic demand, Germany chose to focus on increasing its current account surplus with the US, the UK and China.

Furthermore, it ignored or failed to address its over-reliance on external demand for its goods.

With this scenario in mind, the certainty of a German recession is real.

So what would a German recession mean for the EU and the rest of the world?

The economic risk of a German recession is the negative and spillover effects it will have on other eurozone economies. Especially considering the not-so-comforting reality of Europe being bound in the currency union. Germany is the backbone of the EU — if it crumbles, an entire collapse of the bloc is possible, especially considering that there is literally nothing backing the EU currency other than Germany.

Therefore, what afflicts Germany is most likely to spill over to other countries.

France is already showing signs of an affected economy; its main indicators are weakening. Italy is still trapped in economic inertia that has been made worse by political chaos and the Italian government’s lack of credibility.

Germany’s failings and subsequent effect on the eurozone even has the Organisation for Economic Co-operation and Development (OECD) deliberating about the possibilities of widespread recession.

Despite having little government debt and a fiscal space that can allow Germany to stimulate its economy, the government has not given any indication of contemplating such an action.

In fact, it seems the politicians have faith in the invisible hand’s capacity to correct the markets and don’t deem it necessary to intervene or rescue the economy.

Maybe a recession is what Germany needs to kickstart reform, such as addressing its weak domestic consumer market by raising wages, and possibly introducing new fiscal measures to deal with exposure to world trade.

Additionally, the country is most likely to move away from quantitative easing, or large-scale asset purchases, in response to its failure to stimulate economic growth.

The UK could force the EU to concede to its Brexit-related demands, including doing away with Ireland if need be. Any further delay or hesitation around Brexit will be disastrous for the UK, especially its companies, which are already seeing a significant drop in stock market value due to the lack of progress.

Whatever happens with the German economy — whatever action its government takes, and however different from the South African economy it may be — the declining German economy, which is possibly in recession, offers a lesson:

Worryingly, the signs are there — and this time a German recession will not be a short one. It is likely to be protracted due to the country’s weakness and the exposure of its auto and industrial sectors to the US-China trade war. The uncertainty around when this standoff will end comes with a heavy price for Germany.

And herein comes the disadvantage of interconnectedness — the recession of an economy that is the backbone of the EU as a result of a slowing global economy, will or can eventually lead to a global recession.

The economic conditions South Africa is currently experiencing means a global recession at this point will have far worse implications than the previous one.

Simply put, if a recession happens, SA will be among its biggest victims. — Moneyweb.